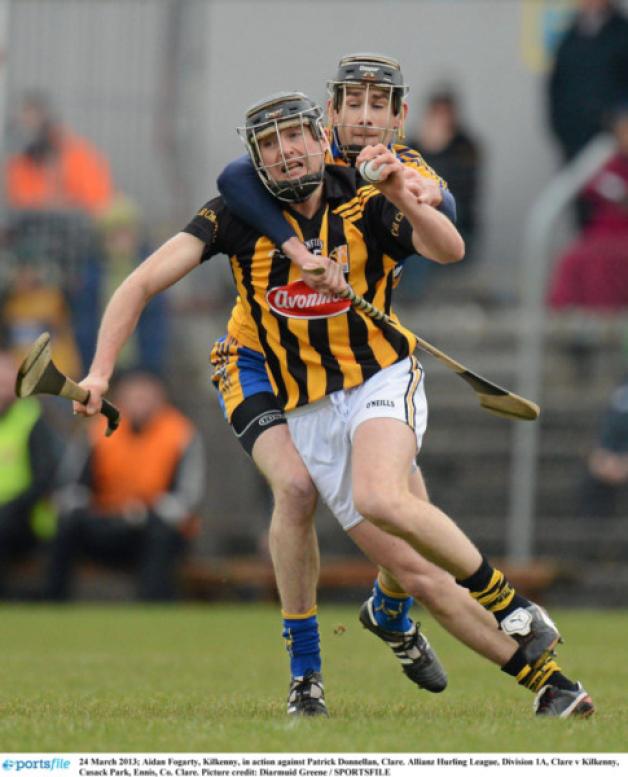 What is you Favourite………

County jersey (not your own) – New Mayo away jersey

Song to listen to before a game – I’ll be there (Friday night pose) Club land Smashed.

Holiday destination – Australia (it was my 1st Holiday)

Hurling cliché – Let it go on the ground ta F***

What’s app group you are in – Emeralds WhatsApp

Early Days I actually had the fry in the morning, then Sandwiches before the game (packing the gear was just a second thought, hard to believe.) Then when it all got serious its porridge/banana for breakfast & sandwiches/grapes/yogurt.

Be yourself and don’t be bothered about what other people think.

Best individual display you ever saw from a teammate (club & county)

Tommy Walsh just in general all his career.  Pa Doheny against Freshford in Johnstown, league championship a few years back. He was possessed. Took frees, hit lads, mouthing at lads. Brilliant.

What is your idea of a romantic date with the other half?

Home cooked dinner (by me of course nice and early). Candles and romantic music in the background. Nice bottle of red wine! Then relax until wine is gone and then into town to see a good live band. Plenty of porter and good music. Home then at 10. Yes, I am getting old.

Don’t take off the corner forward just for the sake of it.

Mark Ryan, always sending me pics of a toilet. Donald Trump he actually cannot spell. (Probably not him)

Mark Ryan always sending me pics of a toilet. Paul Murphy good for a tweet.

Teammate mostly likely to have his own TV show

Three celebrity’s you would like to have dinner with

If you could be one person for a day, who would you be?

Came on late to the 2000 Kilkenny minor panel. Literally 2 weeks before all-Ireland semi final. Came on in the second half and I did not know anyone’s name bar one or two. I was calling for the ball saying, “Hey you, you pass the ball” scandalous!

Three teammates you would bring with you to a desert island

3 team mate you wouldn’t bring to a desert island

I played a camogie match when I was about nine. Was down looking at the sister playing U12 camogie and they were short one. Therefore, they stuck a helmet on me and in I went. I cleaned up and they were all wondering who this new girl was!