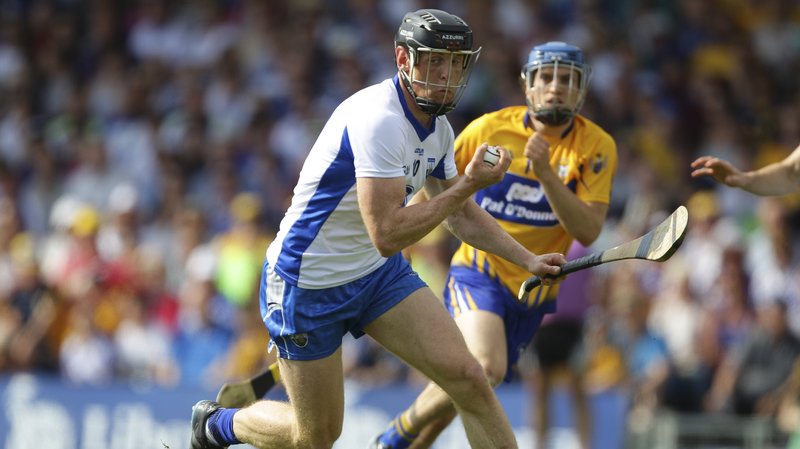 What is your Favourite……..

TV Programme – MNF
Box set – Power
GAA Pitch – Thurles
Position on hurling pitch – Midfield
County jersey (not your own) – Dublin
Football team – MUFC
Song to listen to before a game – Coldplay fix you
Holiday destination – Albufeira
Other sport – Soccer
Medal won – Munster club 2012
Hurling cliché – whoever brings most intensity will win
Woman on TV- Laura Whitmore
GAA analyst – I thought Donal Óg was best
Other sporting event attended– Not too many NBA, NFL, and Premier league games – still no match for all Ireland final days.
What’s app group you are in- Too many don’t read half of them – Mullane does be talking to himself all day on the clubs training one.
Radio show you listen to- Breakfast Republic 2fm, love it.
Podcast– Off the Ball or some premier league ones from England.
Sports web site – www.sportstalk.ie

Reveal all………………..
What do you eat on match day?
A lot of stuff. Porridge, eggs and bacon, coffee, rice chicken veg, smoothie, lots of water and that’s only before the match…
Advice to young players
Remain humble
Best individual display you ever saw from a team mate (club & county)
Bull Phelan in an All-Ireland club semi-final in 2008 v Cushendall, For Waterford Dan Shanahan in the 2007 Munster final.
What’s your idea of a romantic date with the other half?
Ah keep it simple nice meal out… go too fancy expectations are hard to follow.

Best advice you ever got?
Don’t let the bad days out do the good days even though its hard advice to follow.
Funniest thing you have watched on you tube?
Dean Twoomeys interview after he got man of the match in a Munster club match few years ago.
If you could be one person for a day who would you be?
Dan Bilzerian
Most embarrassing moment playing hurling?
Obviously getting hammered in a few big matches over the years but a funny one happened the bull when he was playing for Waterford he forgot to wear anything under his shorts one day and a photographer got a lovely action shot of bull in full flight with everything hanging out.
Biggest moaner on county panel & club panel?
Apart from me probably Jake Dillon and Philip Mahoney.

3 team mates you would bring with you to a desert island?
Bull Phelan, Mullane and Gavin O’ Brien, be some craic.