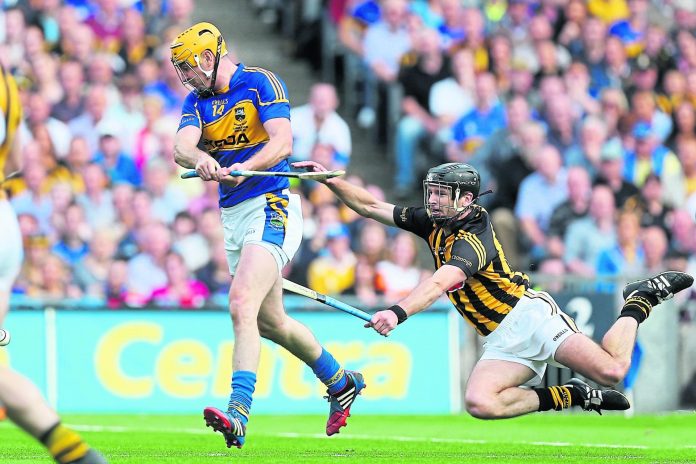 Yeah, we know it’s the lowest common denominator. It’s pub chat, the apples or oranges argument, the thing to fall back on when you’ve nothing else to talk about. You know it’s the lazy thing to do, but when I saw the best RTE team of the last 40 years I just couldn’t let sleeping dogs lie. So disgusted was I by some, frankly ridiculous choices, I decided to, however possible, redress the balance.

The RTE team had been picked from the lifespan of the Sunday game (ie 1979 to 2020) Now just to be fair to Nicky English, John Fenton, Joe Cooney and whoever else, I’ll level with you. Being born in 1983, my memory of the 80’s is next to near non existent. So this team has no representatives from that era, not because they weren’t worthy enough, but purely because this column doesn’t remember.

And yes, I can already predict the comments coming.

“How could he possibly leave (Player X) off? This team is a joke.”

“Sure that fella couldn’t pick his nose” and most probably, my favourite

“Who is this fella? I’ve never heard of him. Well, he knows nothing about hurling anyway”

So yes, all of those are valid arguments but if we all agreed on the same team from 1-15, then what else would we talk about? Feck it, we’ve got a long summer ahead of us lads. Arguing into the wee small hours over who the best hurlers are is pretty much all we’ve got. 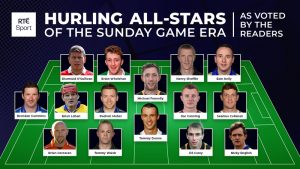 Tough one. Really tough one. “Yeah Fitzhenry was good but what about Brendan Cummins/Davy Fitzgerald/Eoin Murphy/Donal Og Cusack/Joe Quaid”. Yes I know. I absolutely do know the merits of all of those various individuals. Yes he only secured 2 All-star awards and 1 All-Ireland medal but ask yourself this question “If he had been born in Kilkenny and played from 1993 to 2009, then how many All-Irelands/All stars would he have won?” I think we’d be talking DJ Carey or Tommy Walsh (9 All Stars) figures. So yes, it’s a near impossible question, but for shot stopping, consistency and last minute penalties, he was an absolute giant.

Yes, you could say he didn’t play most of his career there but Corcoran won hurler of the year in 1992, and was an automatic selection on the All-Star team of that year, which is something I can’t remember happening since. He would probably have been one of the best right corner backs of all time if Cork needed him there. As it turned out, he just happened to be one of the all-time great centre backs and full forwards too.

In the best possible sense of the word, he was an animal. He could come out with a ball and drive it 80 yards up the field and delight the crowd, but by god, if you were coming in on goal with the ball on your stick he could take the head off you. But hey, he was only doing what all the other great full backs-be they Noel Hickey, Daithi Burke or Diarmuid O’Sullivan-would do too. The epitome of Loughnane’s Clare. A legend.

14 years of inter-county service and no inter county All-Ireland. It wasn’t for the want of trying though. Four All-Stars in the corner and you can be sure it would have been more if Galway were more successful. His injury in 2010 when Galway could have beaten Tipp in that classic quarter-final, will haunt many a tribesman. You could make a valid case for many others, but when the likes of John Mullane and Charlie Carter say you are the best defender they have ever played on, I tend to value their opinion.

You can pick him in defence but considering his performance in the 98 All-Ireland, it’s scary to think what he could have achieved in the forwards either. He wasn’t picked on the team of the millennium for nothing you know. An artist of a defender. 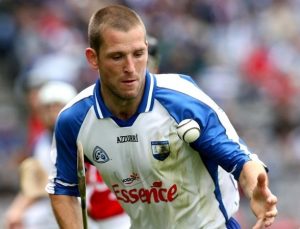 Yeah we know. Seanie McMahon yes. Ciaran Carey, Liam Dunne, Ronan Curran, Padraig Maher absolutely. And no he didn’t win any All-Irelands and yes he was a bit of a jack of all trades but he was a master at the same time. That catch in the Munster final of 2004 will go down as one of the most iconic hurling moments. A cert on the team. Just a case of finding out where.

If he hadn’t been left off the RTE team, this article probably wouldn’t have been written. But there has to be, there just HAS TO be a best team of the last 30 years with this man’s name on it. Anyone with any sort of hurling brain would not pick a 15 without him. Brian Cody, a 65 year old man with 14 inter-county All-Irelands as player and manager said he was the best defender he’d ever seen. Come on guys. You think Cody doesn’t know anything?

To some, this selection will seem a cop out seeing as he played most of his hurling at centre back. Well, he did win an All-Star at midfield in 1994 and he actually won another one in the forward line too if you’re asking. Basically, considering his talent, he could have played anywhere and excelled at it. I want to give a special mention to the likes of Cian Lynch who, judging by his current progression, could well be in such a team in 10 year’s time. On achievements to date though, his uncle is a worthy entry.

A bit of mental gymnastics with this one. He played mostly at half back, but I don’t doubt he could have been equally effective in the other line. As Diarmuid O’Sullivan sagely noted “A cheeky little f**ker but could he hurl” By Jesus, he could. All Stars in the full back, half back, half forward line, and yes, at midfield too. You could argue where to put him in the team. He has to be in there somewhere though doesn’t he? 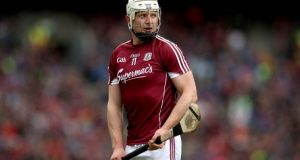 Up to 2017 there would certainly have been some doubters with this one. Even now, you’d get the odd contrarian who’d say “Ah, but there were days when Joe didn’t do it”. There were of course. And there were days when practically every other forward in hurling history didn’t do it too. There were days when Joe carried Galway on his back and almost single-handedly dragged them to victory. His performance against Cork in 2008 was one of the best individual displays ever seen. His goal against Kilkenny in 2015 was one of the best goals ever. His point against Tipperary in 2017 was one of the most incredible you could imagine. Complain all you want. Try being a hurling manager and leaving him out though.

He wasn’t the most talented hurler Kilkenny ever produced but boy was he consistent. The man Cody turned to more than any other for 15 years. Other forwards could destroy you on their day. Henry didn’t pick and choose. Every day was Henry’s day.

Listening to the brilliant Hurler’s life podcast with Brian Carroll recently, one of the standard questions posed by the Offaly man is “Who is the best hurler in the game today?” Invariably this man’s name comes up time and again. Can see things on a hurling field that other players just can’t. A natural talent. A wizard.

A pure artist. One of those rare players who managed to play minor and senior in the same year (2000) but he was just so damn good it seemed a perfectly logical thing to do. Skill wise, he was just about as talented as any hurler who ever played the game. Were it not for repeated back injuries, would probably go down as one of the absolute all time greats.

Yeah you could say Patrick Horgan and I wouldn’t disagree. You could argue John Mullane and I’d tip my hat. You could say Aaron Gillane is showing great promise and he certainly is, but this guy already is an all time great. He’s done it consistently for ten years or more. Scored 9 points from play in an All-Ireland hurling final in 2016. You may say “Jesus, were the Kilkenny backs that bad that day?” No lads. Callanan was that good. 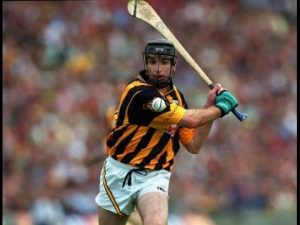 He was loved, he was admired, he was lionized, and he was criticized. Like Michael Jordan, he quit twice in his prime because the hassle wasn’t worth it, and was begged back both times by a public/team that just couldn’t live without him. Put aside all county bias for a second and ask yourself this “Was there a more thrilling sight in the game, than seeing him put the ball on his stick and go on a run?” Yeah there were days when Brian Lohan, Brian Whelehan or whoever else almost swallowed him up, but even then, DJ produced moments of magic. And that’s what he was as a player. Pure magic. 5 All-Ireland medals, hurler of the year twice, 9 All Stars. Argue all you like guys. It’s some record.

Say what you like about his….ahem…energetic personality, there’s no denying that Davy was one of the best shot stoppers of the last 30 years. Remember his penalty stop from DJ in 97? Or his even more physics defying save from Paul Shelley in 99? A hell of a man to stick a penalty away when needed too. A leader.

Equally comfortable in the full back line (where he won his first All Star) and at half back. 3 All-Irelands, 6 All Stars. A stalwart of Tipperary for over a decade now and no signs of slowing up either.

Could easily have made the team, although you could make almost equally persuasive arguments for the likes of Ronan Curran and Liam Dunne. What set McMahon apart though, was his free-taking and long range point scoring which was often the difference between defeat and victory.

Perhaps the most natural midfielder of the last 30 years. Certainly many Kilkenny people would have felt he was the re-incarnation of another Ballyhale man (Frank Cummins) in that era. The only possible drawback for Fennelly’s inclusion on this team is the difficulty he had getting onto the Cody team (he wasn’t a regular until 2010) and the frequent injuries that curtailed his career (he retired after the 2017 season). He was a hell of a player while he was there though. 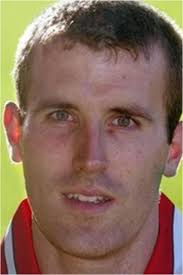 In terms of Cork players over the last 30 years or more he’s certainly up there with the best. A speed merchant, a man for the big occasion, hurler of the year in 2005. Would be a worthy addition to the starting line up. Who would you take the place off though?

There were times when he was rash and let his emotions get the better off him, there were other times when he was like a bolt of pure electricity. Remember his 3 goal salvo in the 2003 Munster final, his 5 All-Stars, his frightening pace and you have to stand back and admit “Jaysus, that was one hell of a hurler” One of the most charismatic players on an exceptionally charismatic Waterford team.

Does this even merit an argument? The Alex Ferguson of hurling. And for those looking for parallels between the great Manchester United boss and Cody, Ferguson got 26 and a half years at the top. Cody is 21 and a half years in with Kilkenny, and counting. So given the competitive streak of the man, I reckon he’s another 5 years left in him yet.