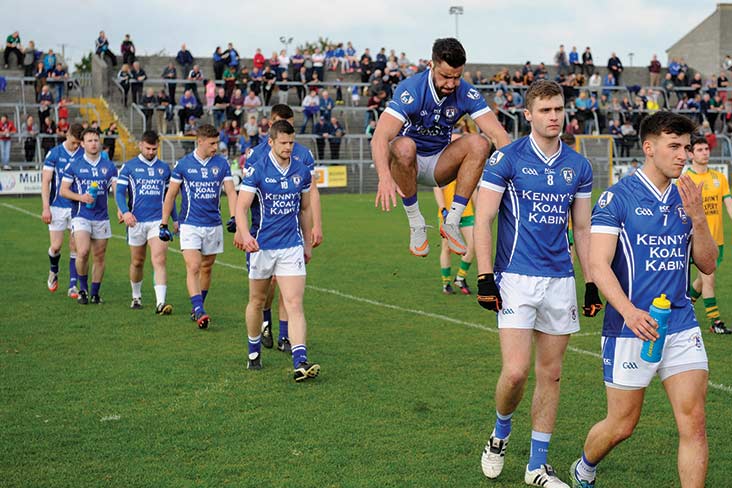 Holders St. Loman’s face off against Tyrrellspass, in the Westmeath Senior Football Championship Final in TEG Cusack Park on Sunday and the former will definitely fancy their chances of being crowned champions for the third consecutive year. Tyrrellspass however, managed by former Westmeath star Alan Mangan, will be no pushovers and were very impressive in the semi-final, with their five point winning margin flattering The Downs.

They also will take a lot of heart from last year’s final, when they were well in contention for large periods of the game and could have won it with a small bit more luck. It promises to be a cracking encounter, with both sides right to fancy their chances of victory.

Very talented Tyrrellspass team, with quality players throughout the park. Ger Egan: Fantastic footballer and almost back to full fitness. If Tyrrellspass are to win the game, he is going to need the performance of his life. Denis Glennon: Another player with bundles of ability. He has struggled in recent finals, however he is as good as any player in Westmeath on his day. Jamie Gonoud: Fabulous defender but has struggled with injuries throughout the year. His defensive duties will be vital, as he is an excellent man marker, with win the ball ahead of his man. If those three players perform Tyrrellspass will win the game.

John Heslin: One cannot mention St. Loman’s, without this man’s name being in the same sentence. Fantastic, accurate, reliable, consistent and one of the most talented players in Ireland. Keeping him quiet will be crucial, but it’s a task much easier said than done. Paul Sharry: Sharry has struggled for form all year, but is a very influential midfielder and has been a crucial part of the Westmeath team for a large number of years. Sharry has a big game in him, question is whether or not he shows it Sunday. Ken Casey: Offaly native Casey has excelled since joining St. Loman’s. Very fast player, who can pop up with crucial scores during the game. It has the potential to be a great game of football.

I’m going to say Loman’s to shade it but only just. St. Loman’s to win by two points.