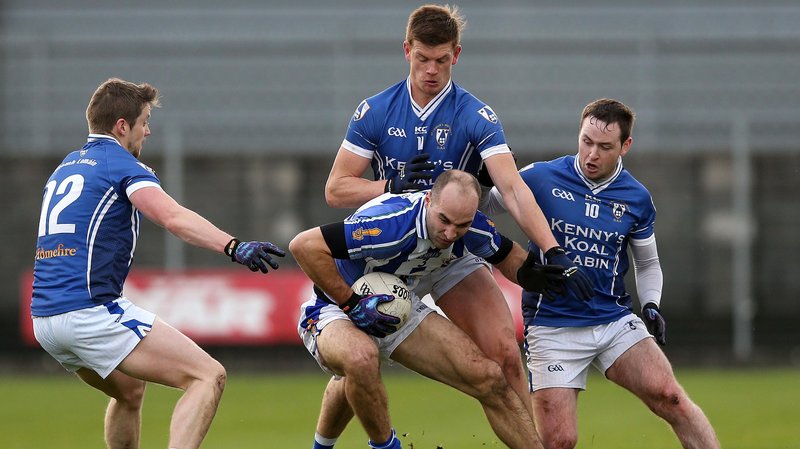 Westmeath’s Senior Football Final is up for decision this Sunday at TEG Cusack Park Mullingar between John Heslin’s St Loman’s and Denis Glennon’s Tyrellspass. St Lomans Managed by Luke Dempsey and lead by Westmeath Superstar John Heslin are looking for back to back county titles after a 2015 victory over Castledaly their 5th Championship in total. St Loman’s are unbeaten both in Championship and league this season while Tyrellspass had a narrow victory over an impressive Athlone in the Semi Final who were without recent AFL recruit John Connellon.

For any of you who have watched the Famous Westmeath documentary “Marooned” the year Paudi took over Westmeath and lead them to their first Leinster Title since time began will be familiar with the name “Budda” a Westmeath star of 2004 who was called out by Paudi in that famous speech. “Budda you got fooked over the line, no Westmeath man gets fooked over the line”.

Now in his second year as Tyrellspass manager “Budda” real name Alan Managan will be no doubt rehearsing a speech of his own for Sunday’s game. Will it have as good effect, only time will tell but any team with Westmeath Captain Ger Egan in it has a chance and St Loman’s manager Luke Dempsey is well aware of that and is aware of what happened in the Laois final.

“If you look at this year’s Laois championship, Stradbally were given very little chance but they stopped Portlaoise from a ten in a row, despite coming from what was perceived to be the weaker semi-final,” said Dempsey.

“There was very little between next Sunday’s teams in the final three years ago when Declan (Rowley) managed St Loman’s to beat Tyrrellspass. We have lost a few important players since, and it needed a lot of work to shape the team again.”

Verdict
St Loman’s to edge this one by the minimum.

GAA Sunrise: “a team that is capable of dealing with Dublin’s...

Testing conditions at Glasson for the King’s Cup National Finals