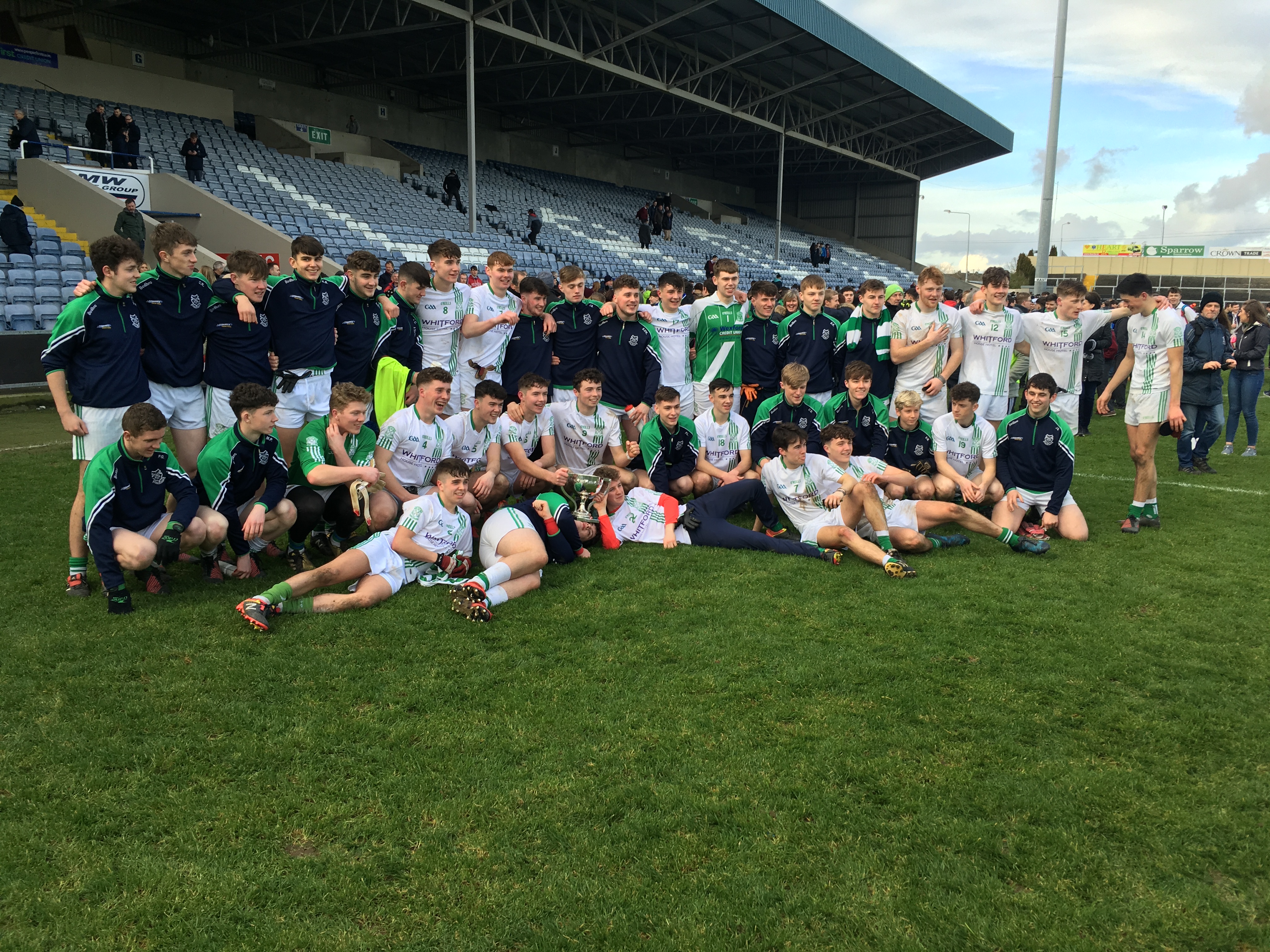 St Peter’s of Wexford claimed their second Leinster A Title and first for 25 years last Friday with a truly wonderful display of Gaelic Football. A crowd of over 3,000 spectators made their way to the superb O’Moore Park Portloaise with an atmosphere before throw in electrifying and worthy of the occasion that was a Leinster Final.

St Peter’s use of the mark in the opening stages paved the way for a 3 zip lead after 10 minutes. Moate CS will be kicking themselves at their performance in this final as in essence they simple didn’t fire at all after a fantastic semi final victory over Good Counsel. Moate CS got back level at 3 a piece through 2 pointed frees and one from play from wing back Ciaran Kelly.

Moate’s outstanding keeper Jordan Nugent single handily kept them in it with 2 outrageous saves from point blank range as St Peter’s dominance in the center of the field paved the way for wave after wave of attack on the opposition goal.

St Peter’s ended the half with four unanswered points leading 0:07 – 0:03 at the break.

Moate needed the hairdryer treatment at half time as the gulf in class between both sides basic skill level was evident, too many unforced errors, running into tackles and poor use of the football was in stark contrast to St Peter’s wonderful fielding, off the shoulder running and incisive forward line play. Right from the off you could see St Peters inside line boasting Man of the Match Barry O’Connor were a danger and in the second half they kicked on to stretch the lead to 0:10 – 0:05.

After another point blank save from Jordan Nugent, Moate had a massive chance to raise the green flag and get right back into the game, however this chance went a rye  after a superb double save from St Peter’s keeper Ryan.

The game was over as a contest before Moate El Capitano Harnett received his marching orders following a harsh red card, and St Peter’s sealed the victory with goals from O’Connor and Devereux running out worthy winners on a score line of 2:13 to 0:07

A note of praise to both sets of student support who created an excellent atmosphere throughout, surely worthy of a night with no homework!

St Peter’s move on to the All Ireland series and must have an eye on All Ireland glory. Alas for Moate a first Leinster Final in a while, something to build on for the future.

Check out our Scoring Areas Graph from both teams Munster and Leinster final predictions: Cats to squeeze through