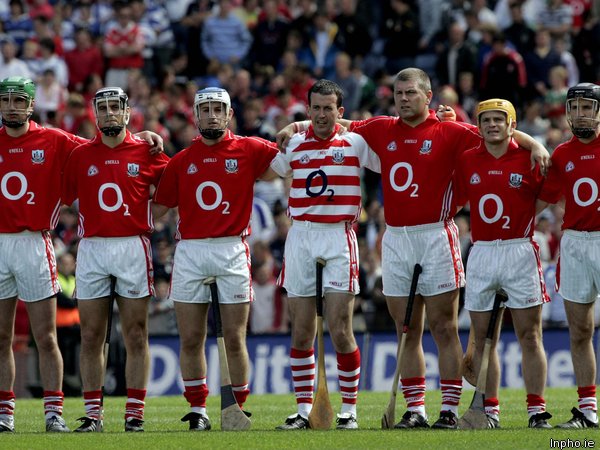 Last Sunday Limerick beat Cork in the quarter-final of the National Hurling League. While the result won’t have caused many rebel followers sleepless nights, coming as it did in the secondary senior hurling competition, it means that the county has now gone a massive 19 years without a victory in the competition. It’s their longest ever drought.

When you ally that to the fact that Cork have now gone 12 years without winning an All-Ireland, you can see that there is something awry with the senior hurling side. But it’s not just that. It would be one thing if the county was only struggling at the highest level, but the fact of the matter is, that’s only the beginning of their problems.

How did it come to this? How has the biggest county in the country, with the second largest population in the Republic of 542,000, managed to fall off the cliff in hurling terms? It’s one thing not winning titles for a few years, Tipperary had a famous dry spell in the 70’s and 80’s remember. But from previously being massively successful, they are now continuously losing out to counties with a third or less of their population. Serious questions have to be asked.

Now, evidently, if we are looking for a man to pin the blame on for Cork’s hurling demise we know that fingers will be pointed squarely in one direction, at a man born in Kilkenny no less: Frank Murphy. The dubious county board secretary, has been there since a scarcely plausible 1972, and while his knowledge of the games rulebook in getting players off suspensions is unequalled, the ability of the man to organize top level sport isn’t. Certainly, Donal Og Cusack thinks so. He famously said on the Sunday game a few years ago, after another championship defeat, that Murphy and the Cork County board “know as much about high level sport as I do about the sleeping habits of the ayatollah”

When Cusack gave his state of the nation (i.e. Peoples republic of Cork) address on that programme, he hammered the ambition of the board and blasted their upcoming centre of excellence as “a centre of mediocrity”. He ripped into them for paying more attention to the redevelopment of Pairc Ui Chaoimh than the state of coaching in the county. While, given the results, it’s hard to argue with that prognosis, at the very least it seems that the board have realized that there is a fundamental issue with the team.

The introduction of high performance director Gary Keegan to the set-up is a boost. Keegan, who worked with the Irish boxing team during the most successful period in the group’s history, is well thought of in Irish sporting circles for getting the best possible results from whatever group he takes charge of.  After the county’s recent victory over Tipperary in Division 1A of the league, Anthony Daly wrote a column in the Irish examiner extolling his virtues http://www.irishexaminer.com/sport/columnists/anthony-daly/maybe-the-gary-keegan-impact-is-being-felt-in-cork-446226.html

But even a man like Keegan-who came into the Irish boxing scene at a desperate time-will scarcely have faced a challenge as big as this. Because Cork Hurling has been on its knees for over a decade and, judging by what has been happening at underage level, it’s not going to get better any time soon.

Now obviously, the board have contributed to the situation by their inactivity and intransigence. But was there something else that contributed to the problem? And, ironically enough, was it the last group of successful players who initiated the downfall of the current crop?

The hurling team’s decision to strike in 2002 was an unprecedented step, and while it seemed a risky manoeuvre at the time, you couldn’t but argue that the success of the side from 2003-2006 justified their decision. Unquestionably, that was a supreme Cork side, and while the short puckout/hand-passing innovation they brought in wasn’t welcomed by everybody, you couldn’t argue with the ability of the players to implement it. After winning the All-Ireland final comfortably in 2004 and 2005, talk was abounding in the camp of a possible five in a row.

But unbeknownst to them, another hurling stronghold had other ideas. In hindsight, the 2006 All-Ireland final defeat to Kilkenny proved a watershed moment in Cork’s hurling history. It wasn’t just that the side were beaten on the day by a hungrier and younger team. It’s the fact that such a loss set in motion a blame culture within the county that’s been present ever since.

The team had won 2 All-Irelands and 2 Munster titles in succession and perhaps a staleness had crept in. Certainly, there was almost minimal changes made to the side over the course of those three years. That Kilkenny side was a fabulous one that would have beaten any Cork team from any era. But whereas another group might have revitalized themselves by regenerating their squad, as Brian Cody so often does, Cork seemed to dwell on the defeat and, rather than accept they were beaten by a better team, blame external factors for the outcome.

If Cork had won that All-Ireland, history could look very different now. Maybe they could have won four, nay five in a row. But while they were a brilliant team, they had just gone past the peak of their powers. They weren’t sharp and Kilkenny exploited that. Nowadays there is a kneejerk reaction every time that the Cork hurlers lose a championship game, that it’s the county board’s fault. But even though the powers that be in the county are far from blameless, the players have to take their own share of responsibility. Was striking a convenient excuse for the fact that they were just no longer the strongest hurling force around anymore, and they couldn’t deal with the uncomfortable consequences of it?

During the mid 00’s what was striking (to pardon the pun) about the Cork hurling team was not just their ability to win games, but the connection the team had with their supporters. It wasn’t just one of the most successful teams in their history, it was also one of the most loved. The likes of Sean Og and Setanta O’Hailpin (while he was there), Joe Deane and Diarmaid O’Sullivan were held up as icons.

Now of course, it’s easy to love a team when they were winning, but whereas they had unconditional support after the first player’s motion, and backed it up with sustained success, when the footballers and hurlers went against the incumbent football manager Teddy Holland and the county board in late 2007, public opinion was split somewhat. And, whatever about Holland, taking a stance against a massive county icon like Gerard McCarthy in 2008 was a huge PR risk. While the side got what they wanted eventually, McCarthy’s removal didn’t result in any improvement in their own results.

By the end of the demonstrations in 2009 the Cork hurlers were tired, the general public was exhausted and, I dare say, the local public was pretty fed up too. Now maybe the supporters have felt like they’ve re-established that connection with their team in the intervening years. Or maybe, looking back, players, manager, fans and county board wish they had done things differently.

Perhaps if the team had been ripped up after 2006 and revitalized, it would have been for their betterment.If nothing else, the protesting players damaged their chances of being involved with Cork inter-county teams in future. It can be taken as given, so long as Frank Murphy walks the banks of the Lee, it’s hard to see Donal Og Cusack being involved with the senior hurling team. While Diarmaid O’Sullivan is involved with the current team as a selector, the main man, Kieran Kingston, comes from an earlier era, and there’s no familiar names from the 90’s and 00’s involved with the underage teams.

Now of course, while we are in the middle of an exceptionally fallow period in Cork hurling history, it isn’t all bad news. They may not have won an All-Ireland in 12 years, but the counter argument is that they were only a minute away from winning it in 2013, and their record in this year’s league, with 3 wins from 5 in Division 1A is a sign of progress.

Allied to that, in what goes down as one of the most curious GAA anomalies of recent years, while the men’s hurling and football sides have floundered, the ladies footballers and camogie players have enjoyed unprecedented success. The soccer team in the city is currently enjoying a boom period also. This is all happening while the hurling clubs within the city endure a prolonged fallow period. Perhaps, given the advent of soccer and Munster Rugby, those sports are now seen as more attractive within the county. But for anyone brought up in a time when Cork hurling was never far away from the podium come September, their continual failure in recent years is worrying.

Maybe things have turned a corner. Perhaps, like happened with Irish boxing, we will look back on Gary Keegan’s appointment as high performance director as the moment the tide turned back for Cork. But whatever about the future, the present doesn’t look that bright. Cork’s longest senior hurling drought is 16 years, and it would be a brave man who would bet on hearing the Rebel Yell from the steps of the Hogan Stand in the next 4.

“I will probably be remembered as the guy who walked away”...

Munster hurling championship predictions round 2: Tipp to bounce back