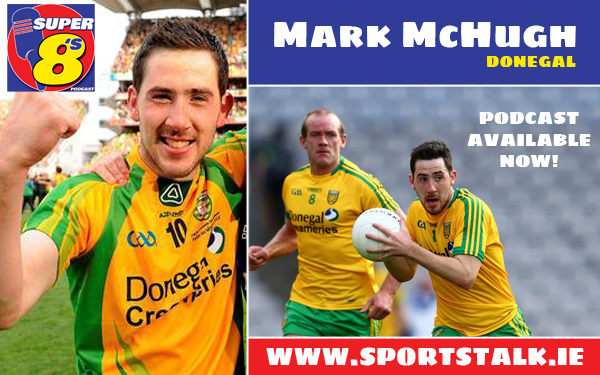 Sportstalk.ie were delighted to welcome on to the Super8s Podcast this week Donegal star Mark McHugh. Mark reached the dizzy heights of All Ireland Champion in 2012 as well as winning an All Star for his outstanding performances. 2014 he went travelling and this year he lead Kilcar to the county title.

Mark’s a super athlete and brilliant footballer following in his dads footsteps but very much along with his brother Ryan are carving out reputations off their own back in the Football world.

Listen in for a super chat with Mark, Sean Og and Doran Harte.

GAA Defibrilators are 5 years out of date-Sportstalk Super 8’s Podcast...