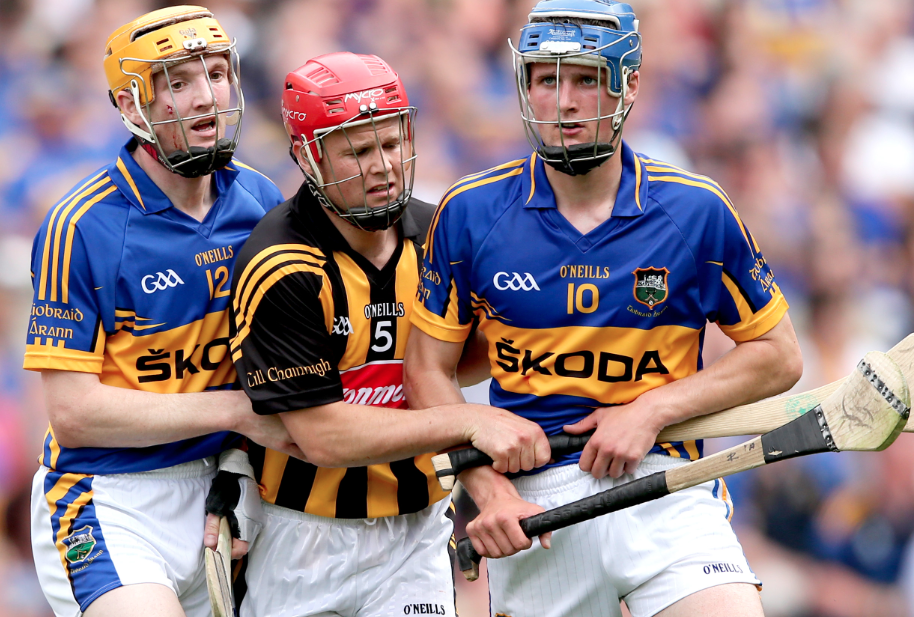 Ken McGrath thinks Waterford played without them against Limerick. Anthony Daly said this week he sees a need for them but they don’t outweigh heart and determination. They are used as a stick to beat every losing coach over the head with. Shit, even in Clare they weren’t happy with them in 2013 when they took home Liam!

What Am I on about? Tactics. The dirty ‘T’ word in hurling!

Tactics have been used in sport for as long as it has been in existence. And hurling is no different despite what traditionalists might think. Whether it was Limerick switching Eamon Cregan to centre back in 1973, Cody’s deep lying half forwards or Tommy Walsh always looking for Henry moving into space throughout the 2000’s, tactics have always been central to winning. That Kilkenny team played with a zonal defence for, passing off the moving opposition forwards and holding their own shape. But Cody doesn’t ‘do tactics’!

What has changed is that the media analysis of our game has improved immeasurably and has put a far greater spotlight on what is actually happening in a game. Donal Og (@DonalOgC), Christy O’Connor (@chrisocfl), Barry Cleary(@sheikhbarabas) et al. all write very well on the tactical and strategic part of our game. It has never been easier to see how exactly the top teams in hurling go about their business. Yet it still seems like the idea of tactics in hurling is a bug bear for the aforementioned traditionalists.

I put it down to a lack of understanding. Spectators (and some players) will just see the extra defender, maybe the forwards getting outnumbered as a result and lament for the old days of 15 v 15 (manly?) hurling. What they won’t have seen is that the year before their team shipped five goals or thirty points a game as was the case with Derek McGrath in Waterford before he introduced the more defensive style.

To understand ‘tactics’ you have to start first with the objective. What are you trying to achieve with your team set up.

This is followed by strategy. How are you going to achieve it.

Finally what are you going to do to achieve it i.e. the tactic

Alastair Campbell in his book ‘Winners And How They Succeed’ uses a really simple life example to explain how this works in practice.

Tactic – Record calorie intake and exercise output. Operate in a calorie deficit. Use photos to visually track progress. Speak to other dieters for advice. Use stairs instead of lift.

So there is a clear objective and a clear pathway to this objective. I find that the problem in GAA circles is that people are only looking at T. The tactics. They simply don’t see the O or the S.

If you want to take hurling as an example lets have a look at the infamous ‘sweeper’.

Strategy – Solidify the defence, create and exploit space in attack

Tactic – Play 7th defender to shore up the defence. Use him to receive short puckouts and launch attacks. Play through the lines to avoid pucking down on opposition spare man. Set up inside forwards in straight line and deliver to space to nullify extra defender a la Limericks forward set up.

This is a fairly simple example. Many people will only see the sweeper and bemoan the defensive nature of the set up. However many teams who play the seventh defender are a ball playing team who like to go through the lines and this set up both shores them up defensively and also suits their shorter sharper style of hurling – think Clare v Galway in 2018 All-Ireland semi-final when Colm Galvin was sweeper and launch pad for attack.

Of course one needs to take into account that hurling isn’t played on paper and is a dynamic game. So when a Team X defender clears a ball under pressure and ends up hitting it straight to the spare opposition player, instead of into space as per their tactics, your average Joe in the crowd will start roaring at the players to mark their men, or enquire to his fellow supporters in the stand as to why there are so many loose opposition players around the ball.

I can’t fathom ever lining out a team I coach without a clear objective, a strategy and a means of implementing that strategy. Playing without tactics is in my eyes just going out hoping to win rather than trying to make it happen.

WILL THE REAL GALWAY PLEASE STAND UP?

Is JJ Delaney the most underrated hurler of all time?