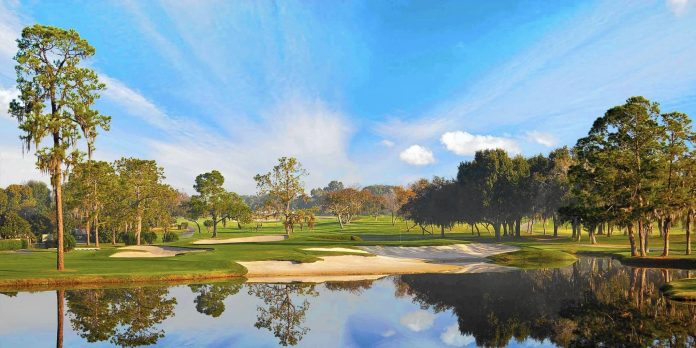 The 2019 King’s Cup was held at the Bay Hill Country Club in Orlando Florida.
It was the first time it was on US soil. Named in honour of Arnold Palmer there was no better place to host such an event than Palmer’s Bay Hill Club & Lodge.
Team Ireland were hoping to claim the cup for the fourth successive year but Team USA had other ideas.
After Team Ireland took an early lead on Day One the US team came roaring back. At the end of Day one’s fourball matches, the USA were ahead 147 – 141.
Day two was a different story with Ireland making a comeback and at the end of the day Team Ireland led 291 – 285.
Like the Ryder Cup, Day 3 is head-to -head singles matches. Phil Smith and Andy Kiefer led the U.S. fightback with 14- and 10-point margins in the first two matches of the day.
Team Ireland started to whittle away at the lead. American Bill Daddono scored an 18-point victory to seal Ireland’s fate. Team USA tasted its first victory in the King’s Challenge Cup, with a 582- 570 win.

Glasson Golf Course a jewel in the heart of the Midlands