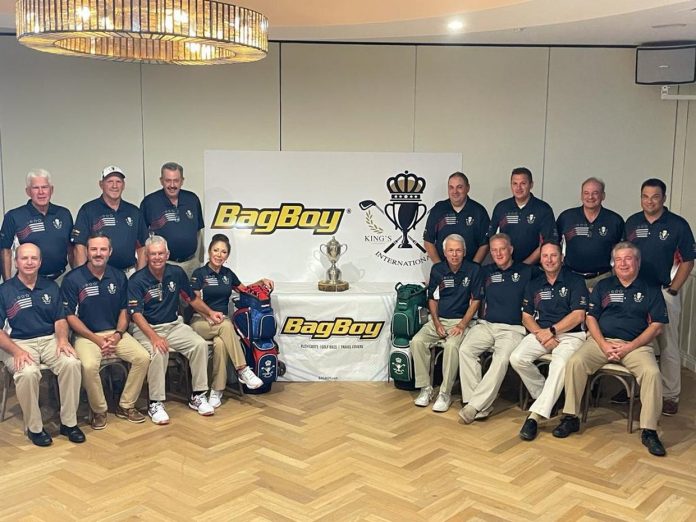 The King’s Cup 2020/21 was played in Glasson Golf Club in August 2021. Team USA retained the Cup and won on Irish soil for the first time.

The event was played in a Ryder Cup style format over three days with the fourball betterball, scotch foursomes and singles matches played over 18 holes with two points for a win and one point for every halved hole.

Team USA clinched the cup with an 86-point victory over Team Ireland. Martin Conroy, Edmond Ryan, Martin Peters, Colin O’Leary, Michael Ryan, Pat Creamer and Cormac Ryan all had final day wins but despite this the USA still won eight of the 16 singles to clinch a 619-533 win.