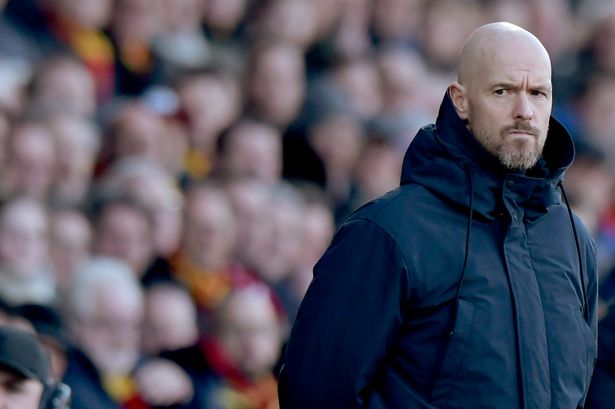 PSG manager Mauricio Pochettino may be Manchester Utd’s first choice as they search for a new manager but Ajax boss Erik ten Hag is the latest name linked to Old Trafford.
No official approach has been made but Ten Hag is understood to be keen to speak to Utd, if they make a formal approach.
The Dutchman contract expires at the Eredivisie side at the end of next season. He took over in 2017 and wom the domestic double in 2019 and 2021. Ten Hag had been linked to United before but as number 2 to Pochettino.
Pochettino’s PSG are on course to win Ligue 1 but they were knocked out of the Champions League on Wednesday night by Real Madrid. The French club held a 1-0 first leg advantage but a Karim Benzema hat-trick gave the Spanish side a 3-2 win in the last 16 tie.
United sacked Ole Gunnar Solskjaer in November and have been looking for a permanent manager since. Ralf Rangnick was put in on an interim basis. When a new manager is appointed at United Rangnick will move to a consultancy role at the club.