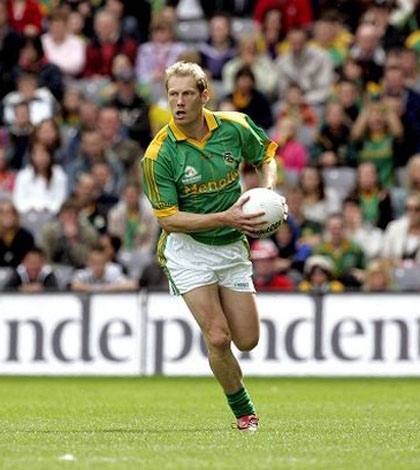 If you are lucky enough to have been a member of the Kilkenny hurling panel at any time since the turn of the millennium, chances are you will have any number of League, Leinster and All Ireland medals in your back pocket, perhaps a few All Stars statuettes on the mantelpiece and maybe even a hurler of the year to your name for good measure. People from the outside might think that success comes easy to the Cats, but of course this is far from true.

To stand out in the Kilkenny club championship and earn an invitation to train with the county team, a player has to already be at a serious standard. Then the real work begins. Players might have to train for 2 to 3 years before they actually make the first team squad. They come into training and “make up the numbers” under the watchful gaze of Cody to see if they have what it takes.  Many fine club and Fitzgibbon Cup hurlers have seen their intercounty hopes go no further than making up the numbers. Those who do survive beyond this point can expect to be enrolled on a weights programme to bulk up in order to deal with the physicality of inter-county hurling.

Next the new Kilkenny hurler has to face the daunting prospect of breaking into the first 15 after been knocking around the 26 man squad for a year or two. The chance might come in a pre-season game in the Walsh cup in the cold and wintery month of January. With hardly any hurling done, and little fitness, the so called new kid on the block has to show enough promise to catch the eye of Mr Cody.  The player will know that if he doesn’t perform, he may not get another chance. Then he has to maintain that level of excellence on a continuous basis. When is the last time you saw any new Kilkenny hurler play two average games in succession and maintain a starting 15 berth?

This constant pressure inevitably leads to fallout and there are many top quality Kilkenny players who have stepped away from inter-county hurling before their time was up. James “Cha” Fitzpatrick was 26 when he retired. Just four years previously he was lifting the Liam McCarthy Cup and collecting the Young Hurler of The Year award. The game changed, it became more physical and Cha was deemed surplus to requirements by Cody, so he decided to call it a day.

TJ Reid has said he considered quitting the Kilkenny panel in 2012 after once again being named amongst the subs. Only a phone call from Henry Shefflin changed his mind; TJ ended up starting in the All Ireland Final that September and we all know what has happened since. Brian McEvoy and Charlie Carter both left the Kilkenny panel in 2003 during the summer months because of a lack of playing time. No other county could survive without such quality players. Cody has shown over and over how ruthless he is. In no other county would you see players of the calibre of Brian Hogan, Tommy Walsh, Henry Shefflin and Aidan Fogarty on the bench for an All-Ireland Final. There are many other players who have left the Kilkenny county scene while still relatively young – John Dalton and Willie Dwyer are two other players that can be added to this list.

From the current senior panel there are numerous examples of players that had to bide their time. Shane Prendergast was 28 starting his first championship game for the cats; a debut in an All-Ireland final. Just two years previously, he wasn’t even on the panel. Richie Hogan has been one of Cody’s main players in recent years, yet it hasn’t stopped Cody whipping him off in 4 All-Ireland finals. Joey Holden came from nowhere, no underage pedigree with Kilkenny, yet he is now a vital cog in the Kilkenny team. Ger Aylward looked like a player who had lost his way and would disappear from the Kilkenny panel, only to earn an All Star and an All-Ireland in 2015. He too had to bide his time for a few years. Kieran Joyce was knocking around the Kilkenny panel for a couple of years before Cody gave him his chance due to injuries. He now has made the number 6 jersey his own. Padraig Walsh had to lock his bigger brother in his room to ensure Cody gave him the number 5 jersey.

There are always exceptions. Wally Walsh started an All-Ireland final replay in 2012 at 19 years of age; another championship debut. He received the man of the match for his efforts. JJ Delaney, Noel Hickey and Michael Kavanagh all broke into the Kilkenny team in their first season and became regulars for many years ahead. Cody is not afraid to throw players in at the deep end if they are performing in training, and likewise he is not afraid to take players off if they are not doing the business, no matter what medals or All-Stars they have. The rewards for being a Kilkenny hurler are extremely rewarding, it’s just very hard to get there!

‘Players will strike if they have to’ says Cork dual star...