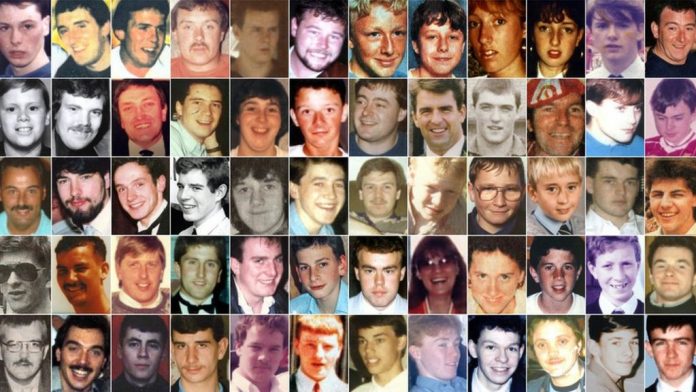 When I spoke to Ray Houghton recently about his football career and in particular his time at Liverpool I expected the Hillsborough tragedy to be mentioned. I hoped he’d do it first because I didn’t want to bring it all up again. Houghton brought out a book about the season 1988-89 and it gave a glimpse into his life as a footballer and how Hillsborough affected him and his team-mates.
Houghton admitted he didn’t want to play after the tragedy and believes that if it had happened today the season would’ve ended prematurely.
For those that don’t know the story about Hillsborough I’ll fill you in a little. It was harrowing. Liverpool and Nottingham Forest met in the FA Cup semi-final at Sheffield Wednesday’s Hillsborough ground on the 15th of April 1989. Due to overcrowding supporters spilled onto the pitch so the game was called off at 3.06pm. No one knew then that this would become the darkest day in English football.
96 Liverpool supporters that went to the game, never returned home after they were killed in a crush due to lack of police control. There were slanderous and libelous things written about the supporters and for years their families fought for an inquest. On April the 26th 2016 the inquest found that the supporters were unlawfully killed. Justice at last for the 96.
Anfield the home of Liverpool became a shrine to the 96 after the tragedy with floral tributes and scarves being left on the pitch.
Kenny Dalglish was manager of Liverpool at the time of Hillsborough and he went on that arduous journey with the families looking for truth and justice. Himself, the players and people at the club supported the families from the start. They spoke to the bereaved, attended numerous funerals, heard harrowing tales and had to relive their own memories from that day. Dalglish attended every single funeral. His selfless acts will never be forgotten by the people of Liverpool or by Liverpool supporters.
Back then there were no psychologists to talk to. I can only imagine the emotional strain on Dalglish and the players particularly the ones from the city, like former Republic of Ireland striker John Aldridge.
You wouldn’t blame the players for not wanting the season to carry on and in particular the FA Cup, but they decided to play for the supporters that lost their lives. On the 1st of May 1989 Liverpool played their first game after the tragedy when they travelled to Celtic Park to take on Celtic in what was an extremely emotional night.
Their first league game back was against their near rivals Everton, the club that stood by them and helped them through that terrible time. Liverpool got to the FA Cup Final and beat Everton but were denied the double by losing to Arsenal in the final game of the season.
15th of April 1989 will never be forgotten by anyone associated with Liverpool. Time moves on but the pain will stay the same for all involved.

A quick chat with Jamesie O’Connor