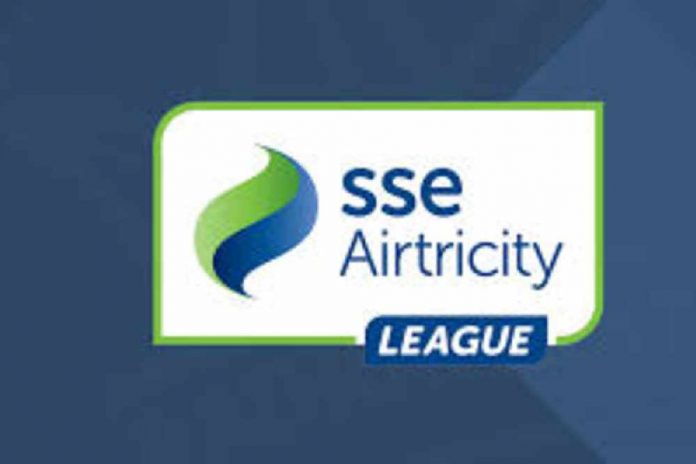 “Who do you really support?” is a question I’m often asked when I tell people my soccer team is Longford Town. They are my local team and I’ve followed them for a long number of years. I’ve been there through the good times and bad.
One of my passions is the League of Ireland and for myself and thousands of supporters our ‘season’ starts this weekend. Unfortunately First Division supporters will have to wait a week longer.
With restrictions at the moment no supporters can get to the games but Watch LOI will have all the Premier Division games live. First Division clubs will facilitate their supporters. Last season, clubs put in a fantastic effort so supporters didn’t miss out on the action.
The great thing about the league here is you’ve got ‘live’ football on your doorstep and even the away games aren’t that far away; you don’t need to head on a boat or hop on a ‘no frills airline’ to get to the games. And at the end of the day you’re supporting a team that you have a real connection and affinity for.
Some people are quick to criticise the standard of the League but I’ve watched games across the water and in different countries that were poor. Certain UK stations love to hype up games and they nearly always fail to live up to expectation.
Over the years coverage of the league has improved but the First Division remains forgotten about. I know from covering Longford Town games, most national papers don’t want to know the division.
With no GAA for the next while, I’m hoping that both divisions get proper coverage. There are places out there that are excellent if you are a League of Ireland supporter. You have the clubs, local media, the website extratime.ie and the radio station Dublin City FM – which has a fantastic show on Monday nights.
Over the years podcasts have become popular and there are a number of good ones out there too. There can’t be enough of them when it comes to giving the LOI the coverage it deserves.
Looking at both the divisions I actually think the First Division is the one to watch this season. Last year the title and play-off spots went down to the final game and I think it could happen again this year. So many clubs have strengthened over the past few months and it’s very hard to call the final placings. I’m tipping Galway Utd to win it, I’ve a great time for John Caulfield as a manager. He turned the club around when he came in last season and they were beaten in the First Division play-off final by my own club Longford Town.
In the Premier Division you’re looking at Shamrock Rovers and Dundalk. To think only a few years ago Cork City were the team battling it out with Dundalk for the Premier Division title. Dundalk got the better of Rovers last weekend in the President’s Cup thanks to the heroics of their keeper Alessio Abibi.
There have been lots of changes at Dundalk in the close season – eh we won’t even mention the managerial situation. It will be interesting to see how the new players will fit in. I think they’ll push Rovers but Stephen Bradley’s men look good to retain their title.
As for my own club, we are tipped by many to make a swift return to the First Division. I’ll be honest and say it’s going to be tough but with Longford Town, anything can happen.
If you want excitement and drama, follow the League of Ireland. For former FAI CEO John Delaney it may have been the “problem child” but for us supporters it is ‘thegreatestleagueintheworld’.

Kelleher the penalty hero for Liverpool