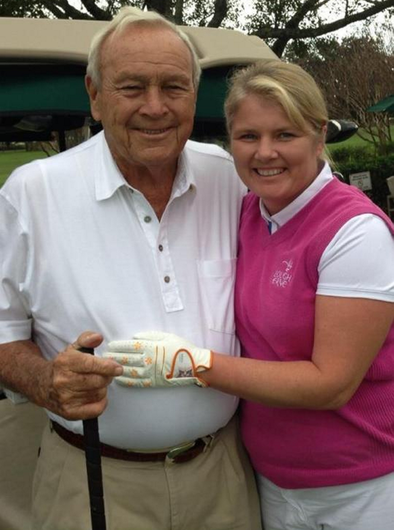 In 2016 Lynn McCool was captain of Team Ireland when they won the inaugural International King’s Cup at the Lough Erne Resort in Fermanagh. It was the start of something special as Ireland went on to claim three titles in a row.
Team USA finally tasted success on home soil in 2019 and then won in Ireland for the first time last year in the 2020/21 competition held at Glasson Golf Club.
McCool is Director of Golf at Glasson Golf Club where the 2022 competition will be held next week. The event gets underway on Tuesday 21st.
The International King’s Cup is a three-day 54-hole amateur match play pairs tournament structured like the Ryder Cup. It was formed in 2016 and is played in honour of golf great Arnold Palmer.
McCool had a big part to play in how the tournament came about. She told Sportstalk: “There was a competition in the United States called the US Golf Challenge and they ran a tournament right throughout every state in America. The winners of each flight in that tournament, their prize was a trip to Ireland. I had a very good relationship with the Palmer family over in Bay Hill. I used to get to meet Mr Arnold Palmer every year and one of the guys that looked after his company suggested they go to where I was. I got a phone call to say that this team, who were the best players throughout the United States were coming over to Ireland and they asked me to get a few people to play against them. I said I’d go one better than that and I would go out and get an Irish team.”