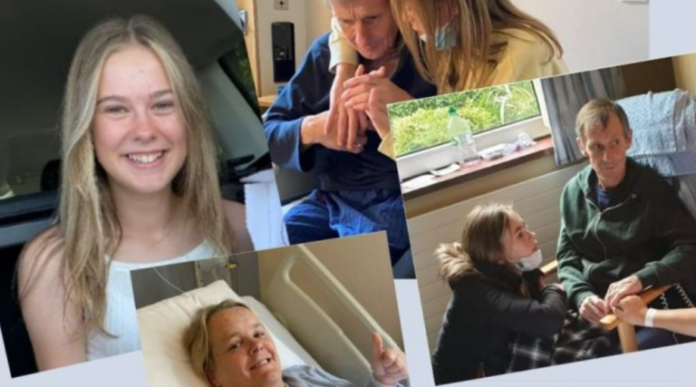 This is me Eabha before my life changed dramatically. I am 15 years old and  although 2020 has been difficult for everyone it has been especially hard  for me. 2020 is the year my whole world has been turned upside down and  I have had to deal with a lot of things many wouldn’t have to deal with in a  lifetime.

I currently live with my sister Ciara due to my Mam’s recent passing, she  was 51 years old and only 5 weeks earlier on September 10th was given a  Grade 3 tumour cancer diagnosis but we didn’t have time to come to  terms with this news when 2 days later my Dad suffered a cardiac arrest.

It all began on the 02-07-2020, Mam suffered her first seizure in Bausch & Lomb where she had  worked for 23 years. My mother was now an inpatient whilst every test imaginable was put to her.

10-07-2020 Mam was discharged from hospital, no formal diagnosis was provided as we were to be  referred to neurology in Cork University Hospital. We were in limbo, the words ‘’ low grade primary  brain neoplasm? Astrocytoma’’ The question mark always had me doubting the discharge summary  letter. We were assured by teams in both hospitals that in order for an official diagnosis be made  further tests and a possible biopsy were to be scheduled. Mam arrived home with a bag of new  medication. I created a medication timetable that we could tick off as the day passed. This was our  new norm. Dad was terrified of the outcome but he constantly reassured me that everything was  going to be ok.

22-07-2020 Mams first meeting with Dr O’Sullivan Neurosurgeon in CUH. Mam was poked and  prodded and other possible diagnoses such as inflammatory disease and vasculitis were discussed.  To rule out cancer a biopsy was agreed to and we were assured it did not look like a tumour and to  disregard UHW previous possibility. We thought this was great news and made our way to Mahon  Point for lunch and a quick walk around the shops. Mam picked out a lovely dress for me which we  bought but little did I know the first time I was to wear this dress would later be at her funeral.

We received a letter, which noted the dates 11-08-2020 for a  pre op assessment and the biopsy would follow on the 20-08- Finally a date for the biopsy a day that could out an end  to all of this possible cancer talk. Due to COVID we could not  be with Mam on her biopsy date something she would have  to face alone. Our minds raced for hours, the procedure took  longer than expected, Mam did not come around well after  the surgery that she had to be cared for in a high dependency  unit for 6 days. Her seizures became more frequent and her  medication had to be increased. The biopsy was quite  invasive due to where they needed to get a sample. Dad got to visit Mam here and he always stayed  positive, his facial expressions told otherwise. 02-09-2020 Mam’s stitches were removed, still no news of  the biopsy results. We are told it can take 2 weeks. 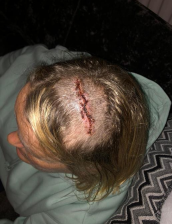 10-09-2020 all seemed normal until my sister arrived at  school unannounced to take me home. I knew something  was wrong and a little part of me did not want to know. We  drove for what seemed like hours from Kilmacthomas to  Portlaw to find my mother sitting at the kitchen table, head  in her hands. Mam had earlier received a phone call from  CUH to say it was a grade 3 brain tumour and that we would  later be referred onto oncology. That was it, it was cancer  the diagnosis we dreaded the most. Our family needed time  for this news register but the universe had other ideas. 12-09-2020 started as a normal Saturday for me, one that  later ended in chaos. At approximately 10.30pm an  ambulance was called for Dad, there was machines and  people everywhere. It was like a scene out of a movie. A couple of broken ribs and many rounds of  the defibrillator later, Dad had suffered what we later found out to be cardiac arrest. We drove  behind the ambulance and were told it did not look good, later that night Dad was put on a life  support ventilator. The next few days were a blur.

14-09-2020 Dad was taken off the ventilator and was able to breath by himself. The very same day  Mam was taken to hospital. We were having a dinner after Dad’s success of coming off the  ventilator. Mam was later admitted, so now I had both parents in hospital at the exact same time.  My mind wondered what my life is going to be now.

The following days and weeks turned to mush. Dad’s body had recovered well. No blockages and the brain scans showed clear but there was still a lot of confusion. Some days when I visited him he did  not recognise me. This was and still is extremely difficult to comprehend. Mam seemed to be more  focused on Dad’s recovery than her own. Her seizures became daily some twice daily, my job was to  count back from 40 hoping that they would stop within this time.

06-10-2020 Mam met with oncology, Dr Paul Calvert’s team in UHW. They explained in more detail  of the glioma and astrocytoma. Although they said it can’t be removed with surgery Mam can start a  course of Chemotherapy and Radiotherapy to help contain the tumour. The key words from today  were that the cancer ‘’ was not curable’’. Knowing Mam is getting all this news and Dad cannot  understand what is going on makes this a lot more difficult. Usually we would have our chats and he  would always assure me that all was going to be ok.

The next week Mam felt off we all put it down to a family meeting with my Dad’s medical team.  Mam attended the meeting on the 15-10-2020, a seizure occurred during this meeting but she was  insistent that we go ahead and discuss my Dad’s treatment plan. A nursing home was mentioned  here to help cater for his current needs.

16-10-2020 my uncle Martin collected me from school again unannounced. I was now passed the  point in thinking what next. Could it get any worse? I was told Mam was brought to hospital via  ambulance. Mam again had to get more scans. We spoke to her later that night, wished her  goodnight and joked about having her home on Monday after her weekend break.

17-10-2020 myself and my sister called the hospital  following many missed calls and messages to Mam. We  found out that Mam had been admitted to a medical ward  and at the time was resting. Later that day myself and my  sister were called, Mam was not responsive and the  doctor thought we would be able to bring her around with  the sound of our voices. When we arrived Mam was lying  in the bed but nothing we said could wake her up. We  decided to visit Dad whilst we were there and to go back  down to Mam in an hour. An hour later there was still no  change and we went home. We were at home for only 2  hours when we got a call from the nurse that us and our immediate family were to go to the  hospital. It did not sound good. A later scan showed a growth of a new 2cm tumour located on her  thalamus which had now ruptured. I pleaded with Mam to wake up but at this stage our only option  was palliative care. The days faded into one another visiting both Mam and Dad on separate wards,  both not knowing what was going on or what I was going through seeing them both make no  improvements. A pain I felt never before. Dad got to say goodbye to Mam but due to his condition  was unable to register these current events. Mam passed away peacefully on Wed October 21st at  3.48am. Mam and Dad were childhood sweethearts til the very end.

Now you see why I cannot simply wait for an assessment or bed for my Dad in the National Rehab  clinic in Dun Laoighaire. It needs to happen now. Some hospital findings show Dad to be stuck in  time and although many a memory remains, he still cannot function by himself and requires 24-7  care with daily tasks such as feeding, and dressing. I become nervous before each visit to my Dad as I  do not know what awaits for me when I arrive, does he know me or not today? A security guard  assists Dad at all times, his current needs are not being met in hospital and he seems to be a  forgotten cause. 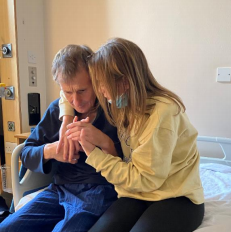 We are his only hope in fighting for this. I ask  of you if there is anyone that can help us  secure an urgent assessment for Dad to see if the NRH is an option, we would forever be in  your debt. I am 15 years old and I cannot sit  back and see my father of 53 be forgotten about in a Nursing Home. A lovely person once  said ‘’ rules can be broken but for good  people’’ there is always a way, one in which  we need to find. Dad’s treatment plan is to be  discussed later this week at a family meeting,  no official diagnosis has been communicated  but hypoxic brain damage and cognitive  impairment have been mentioned. I have lost  one parent this month and I am not ready to  give up on another and wish to give him every  fighting chance. The doctors have said that the  National Rehab Centre is our only hope as all tests have come back clear so for Dad to improve on  his mind, memory and awareness there are not any other options.

I wish to give my Dad every fighting chance and I am pleading for your help. Eabha Mansfield.

To assist Eabha and her family here is their Go fund me page https://ie.gofundme.com/f/eabhas-hope

Thank you for your help. 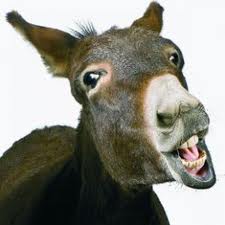 Galway Races – Where It All Began!

Galway Races – Where It All Began!