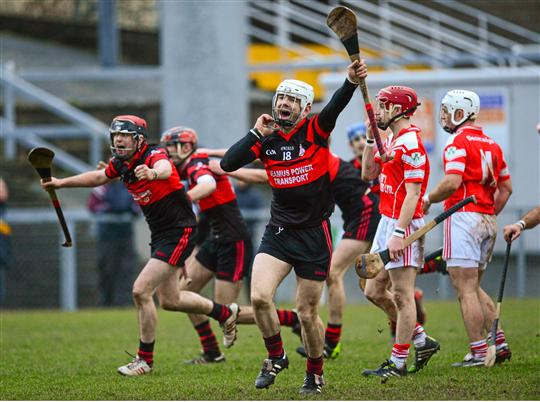 With county championships throughout the country reaching boiling point we preview the major hurling Finals taking place this Sunday.

Sarsfields go into Sundays final overwhelming favourites to complete a three in a row, with the likes of Ronan and Padraic Maher, Mikey Cahill and previous senior panel members such as Pa Bourke as well as the constant goal threat of Lar Corbett it’s easy to see why. Kiladangan defeated last year’s beaten finalist Nenagh Eire Og earlier in the competition and have the tenacious Willie Connors in fine form. They go in search of their first final win on Sunday with their only other appearance being a defeat against… you guessed it Thurles Sarsfields back in 1934. Expect the same result here with the town side having too much firepower for their North Tipperary counterparts.

A young Cloughbawn side have stubbornly marched their way through this seasons earlier rounds on their journey to meet Oulart this Sunday. Beating Glynn-Barntown in the Semi-final by a single point much the same winning margin they have prevailed by in previous rounds shows that they are a dogged side. They have however failed to blow teams away in the manner reigning champions Oulart have. Four goals against St Aidans in the semi-final makes the case that the ole reliables in Rory Jacob, Gareth Sinnott and the free scoring Nicky Kirwan along with Keith Rossiter in defence will have enough experience to see them through.

Clonlara are back in the final looking for redemption after last year’s defeat to sixmilebridge but will have to overcome a young and talented Ballyea side led by the imperious Tony Kelly. Given Clare’s early exit from the senior intercounty championship the vast number of panel members should all be fresh. Clonlara beat a strong Cratloe side in the previous round and with Colm Galvin, perhaps Clare’s only shining light this year, continuing his form alongside the physical presence of players like John Conlon and Darach Honan they look to have too much for Ballyea.

Rangers haven’t quite progressed at the same rate they were expected to after their landmark All Ireland club final appearance in 2014 and in fact it has been St Mullins who have gone from strength to strength in the intervening time and are in search of the prestigious three in a row. It has always tended to be a close encounter between these two sides and expect nothing different on Sunday, but given their earlier meeting this season where Rangers looked to win with ease we will go for MLR to shade things.

2013 club All Ireland champions St Thomas claimed the all-important scalp that is Joe Canning’s Portumna in the quarter finals racking up an impressive 2:25 along the way and also overcame a stubborn Loughrea In the Semi’s proving they have the class as well as the steal to succeed. Led by all star elect David Burke at midfield along with his brother Daithi at centre or full back Thomas’s have a remarkable solid spine throw in the two Cooney brothers and it seems very unlikely that Gort will be able to stop them. This Gort side is made have strong stuff though and they prevailed in an earlier meeting this season. Much depends on the return of centre back Greg Lally who has missed much of this season through injury, if he is fit it will be an explosive match up between himself and Connor Cooney. Paul Killea has hurled his heart out all season so with or without Lally they will be certainly up for the fight. Jack Grealish at midfield has proven the difference in games this season but faces an almighty battle this Sunday. Expect this one to be the game of the weekend and for it to be extremely close, perhaps a draw might be an enticing bet, but we will give it to St Thomas’s.