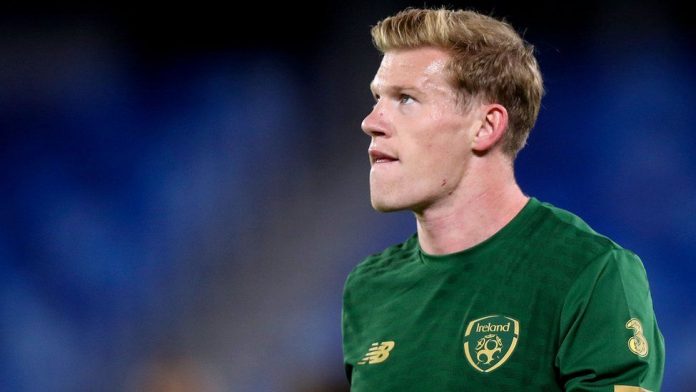 Racist abuse has no place in football and society in general. To hurl abuse at someone because of the colour of their skin, where they’re from or their religion is totally unacceptable.

Every November, Republic of Ireland International James McClean is subjected to vile sectarian abuse due to not wearing a poppy. When McClean was with Wigan Athletic he wrote a letter – to then chairman Dave Whelan – eloquently explaining the reasons why he didn’t wear one. His reasons are valid. I actually think politics should be kept out of sport, but that’s for another day.

You would think McClean’s explanation would be enough to stop nasty comments but no. The Derry man has been targeted constantly, and during the week he came out about the abuse he endures; with his life being threatened.

I always wondered what enjoyment people get from abusing others, especially sportspeople. I’ve been at games where nasty comments have been thrown at players. Sometimes people’s sole aim is to just abuse players, not even enjoy the game. I don’t mind a bit of banter but personal abuse is disgusting.

McClean’s club Stoke City, The FAI, English FA and The PFA have all come out this week in support of McClean as well as team-mates and other footballers. That is great to see but I have to question where were those people over the last number of years?

I’ve seen people say “he doesn’t help himself” etc. So that makes threatening someone’s life ok? I know McClean has said and done stupid stuff in the past but sure haven’t we all. He doesn’t deserve the threats and obscenities.

Before every game across the water players take the knee in support of Black Lives Matter. I remember saying to a friend a few months ago would those same people back James McClean when he is targeted? I’m all for the BLM Movement but surely now there has to be a single movement backing players of all colours, creeds etc.

Just over a year ago ‘Kick it out’ the organisation tackling racism and discimination in football issued a statement about the abuse McClean received. They called on the FA to investigate and went on to say the abuse the Derry man receives is absolutely unacceptable. They wanted greater action to be taken by the authorities to safeguard McClean and his family’s well being.

And still McClean had to experience more abuse. If the FA really have a tough stance on any form of racism, they need to act fast on this. Make an example of these people and kick racism into touch, this time for good.