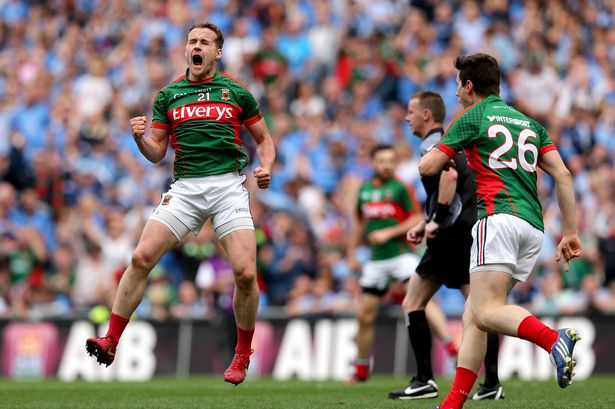 The more things change stay, the more they stay the same. The more Mayo and Kerry football teams try to avoid being involved in gripping edge of the seat thrillers, the more they can’t help but do so. After last Sunday’s epic draw is it too lazy a cliché to say that football was the real winner? It is? Ok. Well I’m still going to do it anyway.

Before we get down to the nitty gritty, let’s knock a few myths out of the park straight off the bat. Hurling people, a few of you almost grudgingly gave the game some faint praise last week by saying “It’s the first decent game of football all year” Wrong. Granted the quarter finals were awful, and Kerry, Dublin and Tyrone seemed to stroll through their respective provincial championships, but there’s been a hell of a lot of good football games this year. Try almost every single Mayo one for a start. For a sport that’s so maligned most of the time, it’s only fair to say, on the whole, this has been a good football championship

Secondly, the Mayo management, your assertion that the Aidan O’Shea full back experiment worked a treat was so patently untrue as to be laughable. Sure, we know you were only trying to protect your player, but let’s not try to just avoid reality while doing so. We’ve all heard the rumours of what was going on in the Mayo setup over the past year or two. They obviously wanted to get Stephen Rochford in as manager, but is it a case of the tail wagging the dog? Who decided putting Aidan O’Shea back there was a good idea? Who is in control of this side? And is that really conducive to a team that wins All-Irelands?

Thirdly, why is the line always trotted out that Mayo must be in bad shape if they’re relying on Andy Moran to bail them out of jail? Could we not just admit the fact that he’s an excellent forward who has served his county (and I know some Roscommon people will raise an eyebrow here) brilliantly? Here’s a little game I played during the week, I checked out both Andy Moran and Kieran Donaghy’s birth certs (ok…their Wikipedia pages) And lo and behold, the Kerry man is actually a full 8 months older than Andy Moran. Yet I never hear anyone bemoaning how Kerry are over-reliant on old man Donaghy. I guess when you win a few All-Irelands, that just buttresses you against any sort of criticism doesn’t it?

Now without doubt Mayo can win this match on Saturday, but in order to do so they have to get their own house in order. So please guys, no more crazy selection/tactical calls right? They changed Rob Hennelly for David Clarke last year and it pretty much lost them the All-Ireland. Then they threw Aidan O’Shea on Kieran Donaghy last weekend, the most bizarre marking job in the GAA since Lar Corbett followed Tommy Walsh around Croke Park like a dog, and it nearly cost them the semi-final. So maybe Stephen Rochford and co think these are all Baldrick-esque cunning plans, but in reality, they are just extra obstacles being put in the way of their side.

Now of course, there’s a consensus out there that Kerry didn’t play that well last Sunday because they hadn’t been tested up to this point. Now maybe that game will be of a massive benefit to them and they’ll be battle hardened now for the rematch. And maybe Eamon Fitzmaurice will drop a sweeper in front of the side’s shaky full back line and that will snuff out the Mayo inside forward line threat. But if Mayo don’t cut off their own nose in repeating the Aidan O’Shea man marking trick does not automatically make things harder for the cute hoors down south? And does that not create an extra problem for the Kingdom’s defence if the Breaffy man lines up in and around the half forward line?

On the Sunday Game last Ciaran Whelan hit on the nub of a problem. Maybe Kerry just aren’t that good. Maybe they just sauntered through the championship so far as Cork and Galway lacked the belief to beat them, but with those 3 goal chances in the quarter-final, Galway at least showed enough to say that this side can be got at. And sure, they did beat Dublin in the league final, but that was a Dublin side who had 3 draws already in the campaign and were dicing with death. So, on the basis of their last 3 championships meetings there’s very little between these sides, but on the basis of last Sunday, Mayo should be beating Kerry.

Whatever happens it’s going to be fascinating. There are so many subplots, so much intrigue, that it’s difficult to know where to start. Will Kerry bring in the next big thing David Clifford into their panel for a one-off game? Will they bring in a sweeper to shore up their leaky defence? And what sort of hare brained scheme will Stephen Rochford/whoever’s running the Mayo team concoct during the week? Because, judging by last Sunday, Mayo self-sabotage may be Kerry’s best hope.

So as for a prediction? Well to be honest, I’ve hardly a clue. Sure Kerry could get better, but put Aidan O’Shea in his best position (ie any central position from midfield up) and Mayo should be appreciably better too. There’s just a slip of cigarette paper difference between these two teams, but just for the hell of it…yeah, let’s go Mayo.

Connor open and honest about recovery from knee injury

“At training he’d be the first man on the pitch soloing...