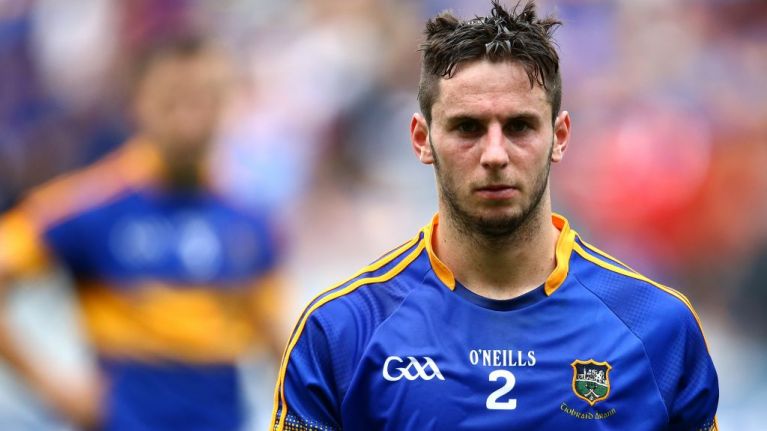 Who said romance was dead, eh? Who said that winning in the GAA was only determined by how big your population is, and how many corporate sponsors you had? Who said there were only 9 competitive teams in hurling and the rest were merely the “so called weaker counties”? Not any more boy, not any more…..

For Laois, this had been a long time coming. You could say it has been due for 34 years, since the last big scalp for them against Wexford in 1985. That’s not to say they haven’t been close since. Ok, admittedly their name was most associated with big defeats, and there’s been a fair few of those, but there were a number of close shaves as well.

In the 90’s they ran Wexford to 3 points in 93, Offaly to a point in 97, and Kilkenny to 2 and 3 points respectively in 1995 and 1998. Now those are a long time back in the memory bank, but even in the current decade the county has held Galway to a 7 point loss in 2013, and a particularly agonizing 2 point defeat in 2014. Coincidentally, they lost that game by the exact same scorline (1-22 to 0-23) that they beat Dublin by last weekend. A bit of serendipity there perhaps. So there was always the potential for an upset. It just took over 3 decades for it to be realized.

Now, no matter what happens on Sunday, this season has been a success, and a massive one for the county. A strange thought struck during the week though. While it’s fully understandable why the likes of Laois and Carlow want to be included in the Liam McCarthy competition on a full time basis, are they actually better off, in the short term being a Joe McDonagh cup team?

Ponder the scenario for a moment: in order to get a preliminary All-Ireland quarter final next year, Laois will have to face off against Wexford, Galway, Dublin and Kilkenny and obtain at least 2, perhaps 3 victories. A tall order I’m sure you’ll agree. On the other hand, they could gain a top 2 finish in the Joe McDonagh cup, and just make sure they are as physically and mentally primed as possible for a home game at the start of July. So which route is actually easier?

Now of course, the plan is flawed in ways. Are you really going to be capable of winning a preliminary All-Ireland quarter final, against one of the top 6 teams in Ireland, if you’re only playing against sides 11-15 on a consistent basis? Well Laois proved that it was possible last Sunday. Then again, the three other preliminary quarter finals over the past 12 months have seen the 3 teams (Westmeath twice and Carlow once) be defeated by a sum total of 58 points (average 19.33) so there is still some disparity there. 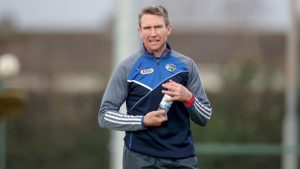 Given the performance the last day, and the success of the tactical structure behind it, it’s unlikely you’ll see Eddie Brennan diverge from the sweeper system from this game. On saying that though, Tipperary are well versed in how to beat that system, and took full advantage of Waterford’s vulnerabilities with an aerial bombardment in the 2016 Munster final. So maybe Eddie and his team will need to come up with another ingenious plan to combat their opponents this weekend.

Then you have Tipperary. Now perhaps, in a way it looks great, a cunning plan worthy of Baldrick even, to only have to beat Laois and Wexford in order to get to an All-Ireland final. On the other hand though, can any of their players or squad be going into this game with any semblance of pride or confidence? That Munster final has to go down with some of the great Tipperary no-shows of the past decade. Whether it be the 2010 Munster first round, or the 2012 All-Ireland semi-final, or the 2017 League final, the potential to throw in a stinker out of nowhere, has always been in this team’s locker. But after the Munster championship round robin they had, I thought this was supposed to be a new Tipperary?

The most dispiriting thing about the side’s performance the last day is that they threw in the towel towards the end. Once Seamus Callanan had missed a gilt edged goalscoring opportunity for the side with 13 minutes to go, there seemed to be a collective shrug of “Oh well, I guess it’s not going to be our day then” and a meek acceptance of their fate. Look at Tom Morrissey and Kyle Hayes’ points in the last few minutes of that game, and what you see is a side that had all but given up. As inferior a side talent wise as say, Kilkenny are, to this current premier outfit, such a collapse would not be tolerated in a Brian Cody team. Why should it be any different in a team managed by as astute and passionate a hurling man as Liam Sheedy?

Now we know there were mitigating circumstances. They were missing their greatest warrior in Bonner Maher. They were without their most influential corner back in Cathal Barrett, and in front of a fervent Limerick crowd that were baying for blood. And just because this team was hammered in one game, does not necessarily mean all hope for the season is lost. One only has to look at what happened in 2010 as evidence of that.

Yet the thought prevails, excuses can’t continue to be made for this side. A defeat is one thing, but it was the scale of it that was most shocking. They were outworked and outfought by Limerick. From Seamus Callanan’s goal in the 17th minute, to the full time whistle, there was a 17 point turnaround. That’s without even factoring into consideration the amount of wides Limerick hit, which was well in double figures. There was also a near 20 minute period in the second half when Tipperary didn’t even raise a flag. Well they raised a white flag alright, but not the one you’d be looking for.

In fairness, there has been a bit of rearrangement with the team selection for this one. Four changes have made, with the reintroduction of Barrett vital, and the blooding of Ger Browne, a star at under 20 level last year, the most eye catching. You can be sure as well that a rocket was delivered by Sheedy in the dressing room. So you’d have to expect there would be some sort of backlash coming from this Tipperary side now. Or at the very least, if you’re a Tipperary fan, you’d hope so.

So perhaps Tipperary have landed on their feet with this draw, or maybe, just maybe they might be in line for a sucker punch. Is this a step too far for Laois? Having come from the depths of being the fourth best team in the Joe McDonagh cup last year? After being forced to play three weeks on the bounce? After the euphoria and celebration, there’s always got to be a comedown. That’s the theory anyway. Then again, when it comes to Tipperary, you never really know do you?