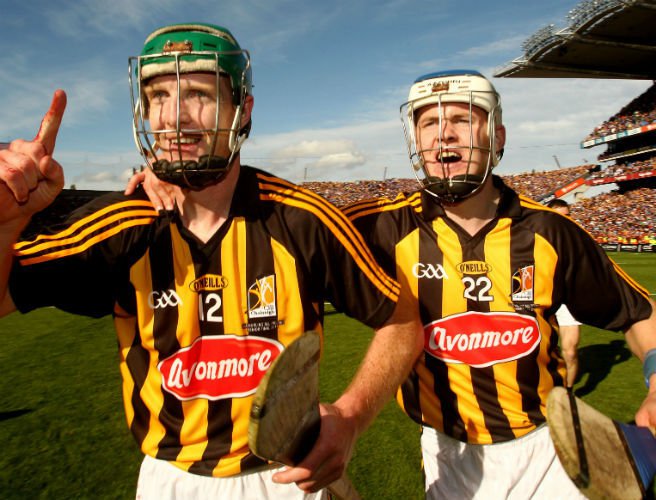 IS TJ BETTER THAN HENRY?

For anyone who loves hurling, last Saturday’s game between Kilkenny and Tipperary was a reaffirming one. It can be difficult sometimes you know. It’s not always like this. Despite what the likes of Liam Griffin and Joey Barton would have you believe, there are times when we’re not automatically treated to the “Riverdance of Sport”. There are times in fact, when you’re watching average players short puck out and hand-pass the ball to death on boggy pitches in February you can’t help but wonder “Is Hurling actually that good?” Then a game like that comes along and makes you realize what all the fuss is about.

It’s a buzz you know. The feeling that you get when you’re coming out of a stadium having seen two elite teams battle at the peak of their powers for 70 plus minutes. The Speed, the skill, the passion…. In such a climate, it’s only natural that you would want to speak about the game afterwards. And with hurling discussion being bandied about, the ever-amusing Brian Cody twitter page lobbed out the hand grenade: Is TJ Reid now a better all-round player than Henry Shefflin ever was. It was a needless frivolous argument. Like all the best ones are.

Now of course, the results were doubtless skewed by the fact that Reid had just scored 3-5 in an inter-county game that Henry has not graced for 2 and a half years. If the vote had happened post Kilkenny’s trashing against Clare a few weeks ago, things would have been markedly different. But even given that, 19% of the people who voted were willing to deem TJ the new king, with Henry accepting another 34% of the vote. 47% decided to sit on the fence somewhat. So yes, perhaps it was a frivolous argument. But then again it wasn’t so stupid as to be shot down completely.

How can one county be so blessed? After Eddie Keher retired in the late 70’s there was a worry Kilkenny would never again produce a similar talent. Then in the early 90’s, DJ Carey came along and people started to doubt the veracity of that statement. However, by 2006, when DJ passed on, Henry Shefflin was already firmly ensconced as “The Man” within Kilkenny hurling circles. In fact, by the time he left, he had managed to win over not just people within the county, but everyone outside as well.

It’s true, his statistics are ridiculous. 9 All-Ireland winning medals as starter, 10 in total,11 All Stars. Right now, Henry Shefflin is indisputably established within the public’s consciousness as the Greatest of all time. The Wall on the Second Captains television show says as much. And yet, looking at what’s been happening recently, you could argue he mightn’t be even be the best at his own club.

There are different aspects to greatness. Now, one, obviously, is ability. By this criteria TJ Reid ranks highly. Even when he was a young colt coming onto the Kilkenny senior panel it was clear he was a player whose wrists were flecked with genius. Some of the pickups he is capable of are pure magic.

His striking is incredibly clean, the sound emanating from his hurl is akin to a tennis player slamming an ace. When he stepped up to hit those 2 penalties last weekend every person in the ground already knew the result. I don’t think Tipperary’s poor Darragh Mooney even saw them fly past him. And that’s without mentioning his first goal, which is one I imagine very few players, past or present, would be capable of matching.

But then, skill alone does not dictate greatness. Longevity, leadership, consistency are all equal, if not greater, considerations. Now Henry Shefflin was an artist, but he wouldn’t compete with DJ or TJ when it comes to compiling a list of spectacular scores. Then again, there was always more to him than that.

Henry arrived on the scene a young, callow, pudgy faced youth that turned himself into one of the fittest, most athletic players we ever saw play the game. He played senior championship hurling for 16 years for Kilkenny, and for the first 14 of those he started every game. So, if we are to place highlight reels against each other, it seems likely TJ’s would look superior. But as a body of work Henry still comes out on top.

By the time Henry Shefflin was 20 years old he was already a valued member of the Kilkenny starting 15. At 23 he had won the first of his 3 Hurler of the year awards. In contrast, in mid championship 2012, at 24, TJ Reid was so disillusioned with hurling, or, to be more precise, not hurling with the county, that he rang Henry himself to tell him he was retiring prior to the Limerick quarter final. As it happened, he came on as a sub in the first half of that game, played brilliantly, went on to win an All-Ireland and an All-Star that year. The rest, as they say….

So Henry has won more than TJ, but are we confusing correlation with causation? When John Doyle was asked about his achievements in winning 8 All-Ireland medals and to compare himself to the other multiple All-Ireland winner of the time Christy Ring, he said “I won 8 All-Irelands with Tipperary. Ring won 8 All-Irelands FOR Cork”

Sure, Henry was the leading man in the most successful Irish sporting story for more than a decade. Then again, he had a hell of a supporting cast. Tommy Walsh, JJ Delaney, Noel Hickey, Richie Power, Eddie Brennan…Is it fair to say anyone could have won with those guys? No. But it was a massive help.

Since those players have exited stage left, there has been a large gap in the side, not just in terms of ability, but in terms of leadership. In that respect, TJ Reid has stepped seamlessly into the breach. Henry won 3 hurler of the year awards, but did he ever dominate a season as much as TJ did in 2015, when he carried the side to the 36th All-Ireland?

Henry’s influence with Kilkenny was exceptional. Is it any coincidence that the one game he wasn’t fit for between 2006 and 2010 the side lost?  But while Henry was rarely, if ever held, if you were a Kilkenny supporter throughout the 00’s and early 10’s you could at least console yourself with the fact: “Well if they hold Henry today we have Eddie, Richie Power, Gorta, Larkin…” But try and countenance a Kilkenny team without TJ Reid, or Richie Hogan now. Right… Have you come out from behind the sofa yet? It’s ok. They’re still here.

You could say Henry Shefflin was the greatest hurler of all time. Or, you could argue he was merely the highest profile player on the best hurling team of all team. But what if, by some strange quirk of fate, Joe Canning and his family were transported to Kilkenny in the eighties? Or Tipperary’s Eoin Kelly who, in his early twenties before numerous injuries, looked easily Henry’s match if not greater, decided he was better off hurling a few miles the other side of the border. Would we now be arguing they are the greatest hurler of all time?

All of these factors though overlook the main kernel of the Shefflin argument. Henry’s greatness was never defined by the fact that he was THAT good. Rather it was the fact he was SO good, for SO long. It’s one thing having skill and ability. But without having that outrageous hunger and work ethic that defined Shefflin, you would never achieve the success that he had.

Henry was still appearing in the county colours past his 35th birthday. TJ Reid’s inter-county career certainly took a while to get going but we are now in its peak years. If we are to take DJ and Henry’s retirement dates as a guideline, he’s got the guts of the next 6 years to determine if he deserves the elevated status among the all-time greats. Certainly, if he continues at the current rate there will be no questions.

Then again, the whole notion of comparing players is ridiculous. If TJ Reid could be deemed an equal of Henry then why not Richie Hogan? Or Tony Kelly? Or Austin Gleeson if he continues his rate of progression. We’re asking questions without an answer. Is TJ Reid greater than Henry Shefflin? What does it matter? The only thing that’s important is that he’s playing now. And every single Kilkenny supporter can offer a silent prayer in thanks for that. 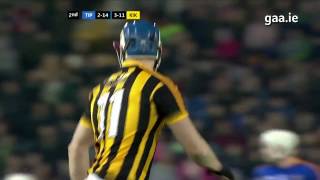