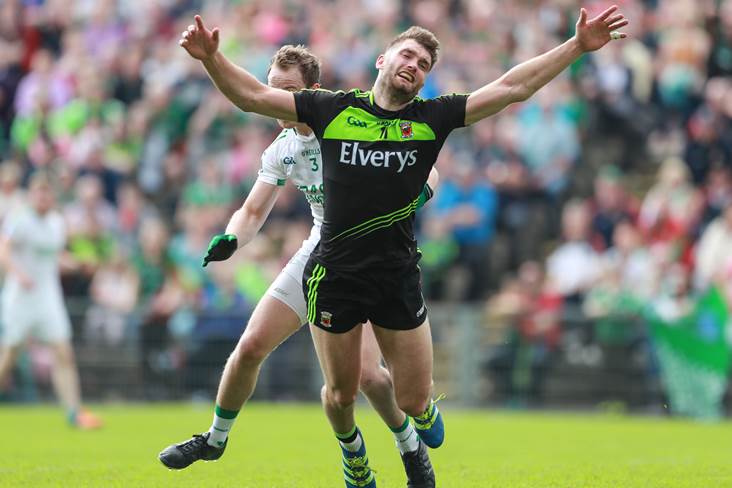 We can imagine the talk outside the Chapels in Fermanagh this Sunday morning, “our Lord didn’t fall as easy and he had a cross on his back” in refererence to Mayo’s Aidan O’Shea winning a controversial penalty yesterday in Mayo’s hard fought win over Fermanagh.

Aidan O Shea will definitely be the conversation starter for many a GAA fan around the dinner table today, and will ultimately divide opinion but it’s an addition to the growing list of blantant bad calls by officials this season in both codes of the GAA.

Why could the ref not consult his umpires? or maybe with so much professionalism in the game now and players sacrificing such much the GAA should consider going the root of Rugby or the NFL, where we could use the TMO which actually adds to the excitement of a game or in the NFL where the manager has an actual Flag he can throw to contest a decision.

Imagine the site of Fermanagh manager Pete McGrath furiously throwing a flag in opposition to yesterday’s call or the camera on Aidan O’Shea’s face, having to watch back replay after replay on a big screen of his questionable loss of balance?

Fanastic TV for us the viewers and plenty of more talking points outside the Sunday Chapels.

Have a thought? Why not join and give us your opinion!

Granny Rule: What Players May We See Switch Allegiances to the...