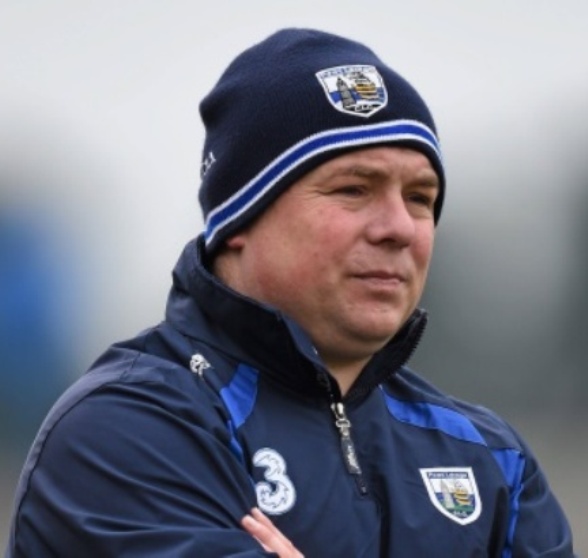 The above question will be on most Waterford hurling follower’s lips heading into a new campaign this weekend. This time last year Waterford started off in division 2 of the Allianz Hurling League with a young squad of players and a new management setup. Derek McGrath was also facing an unconvinced Waterford hurling public, especially with him being chosen as manager ahead of Peter Queally. But slowly through an undefeated league campaign a very well drilled, hardworking young Deise team emerged and showed that McGrath and his management team, like his young squad, were ready for the battle ahead.

The decision by McGrath and his selectors to deploy a defensive system against Galway in the quarter final, with sometimes up to 13 players behind the ball drew criticism from some sections. However it did show that McGrath was on top of every situation and had their game plan well and truly worked out. McGrath knew what levels of talent he had to work with within in his squad and knew where his team’s strengths and weaknesses lay. He was never going to let his young side out against skilful teams like Galway, Tipp and Cork and take beatings that might set them back months. This thought out game plan was designed to let his young team stick around in games and grow in confidence as the game went on. If he had played with a more orthodox system, early goals would have had their players looking at the sidelines and hanging their young heads. The only surprise for McGrath and his management team was how well it worked!

But where to now for the Deise men? Something tells me that McGrath and his associates had more than one eye on this year, and even next year when they sat down and looked at what they had coming through the production line. A lot of similarities can be drawn between the way this current Waterford system is shaping up, and the Donegal football setup that Jim McGuinness took over in late 2010. Like McGrath, McGuinness knew his first job was to make his side hard to beat and ultra-competitive. Of course we all know what happened once this style was perfected. Like the Donegal players in 2012 I’m sure the words the next level will be well and truly implanted in the Waterford players heads by now. It is finding this next level that might be this group of Waterford player’s biggest challenge of their young careers.

Realistically McGrath knows that he can’t carry on this year with the same tactics that dominated his teams’ style of play in 2015. Firstly, the cat is out of the bag on the sweeper system for Waterford this year. The opposing managers will have their squads well prepared for this situation. You could argue that most teams Waterford defeated last year should have been prepared for it too. However I think most teams (Kilkenny aside) took breaking down the sweeper system for granted and played their usual game against them. If you look back at that all Ireland semi-final of last year Brian Cody’s usual direct style of hurling went out the window and accurate, precise passing was the order of the day. No ball was wasted if possible, with a view to not driving aimless ball down on top of Tadhg De Burca. Even the cats found the system hard to break down at times. It was in fact fairly ironic that one of the few long high balls that was given in, TJ Reid managed to get on the end and register the green flag.

Derek McGrath is no fool and he knows they are not going to get to that next level with another year of playing the De Burca sweeper system. It might work for them in league games in the first few months of the year when the pitches are still slow and soft. However he knows that if they want to get to that next level they need to start playing a more expansive game. He needs to somehow make them a more attacking threat should they want to get back to Croke Park next August and be successful. No doubt you will see a lot of blue and white jerseys packing the defence the same as last year, but I expect them to try and get support up to their forward line much quicker than last year and try support their go-to man Maurice Shanahan. They will also need to score more goals against top teams. Glaringly no green flags were registered against both Tipperary in the Munster final and Kilkenny in the All Ireland semi-final and we know what the end result was both those days. Goals win games and more importantly big games. An alarming statistic from that semi-final last year was that the aforementioned Shanahan had only 2 possessions in the first 50 minutes, and only 5 in total. He was regularly seen crowded out by two or more black and amber jerseys. The Lismore All Star will need two men up front with him this year at all times if those goals are to come on the days that matter.

Whatever the style of play of this young side will be in 2016, they are sure to have ups and downs along the way. More often than not this seems to be the case when it comes to Waterford hurling. One thing is for sure, sweeper or no sweeper as always the Deise men are sure to keep the hurling public and their opponents on their toes again this year.9

The hard road to becoming a Kilkenny hurler

“I’m in the minority I know but I didn’t agree with...