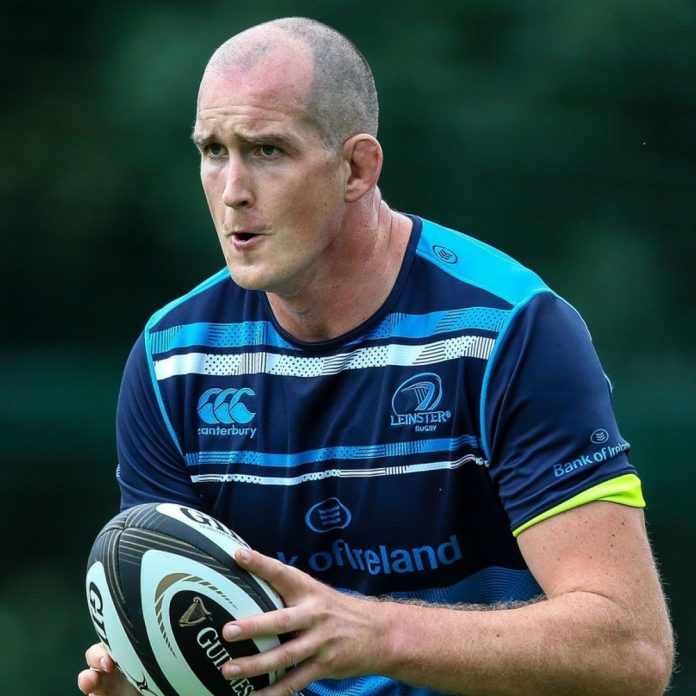 Leinster’s record appearance holder Devin Toner has announced he will retire from rugby at the end of the current season.
Toner has been with Leinster for 16 years where he made 276 appearances, so far.. He has won four Heineken Cup titles, a Challenge Cup title and seven league titles.
The Meath man has won 70 caps for Ireland. He won three Six Nations and was a member of the 2018 Grand Slam winning side.
In a statement released by Leinster Toner said: “There is never a right time I suppose and you would love to keep playing but I feel very lucky to have had the career that I have had and I am able to leave the sport that I love and the club that I love, in good health and on my own terms.
“I have been around the club for long enough to understand that not everyone is that lucky, and I feel that the time is right now to focus on that next chapter and of course, spending more time with Mary, with Max and with Grace. They, and Mary in particular, have put their lives on hold to enable me to perform and I couldn’t have done it without them. So now it’s about them and us all enjoying more time together.”
Toner mentioned the people who have helped him along his journey: “Everyone from North Kildare, to Castleknock College, to Lansdowne, great coaches, volunteers, teachers, that have helped me and some that still message me and that I would be still in touch with. I am very grateful for all that they did for me. In particular, my old coach, the great Mick Quinn, who made me realise I could become a professional rugby player.
“That laid the foundation and then it was about building on it and I can’t speak highly enough of the environment that we have in Leinster Rugby and the coaches, the medics and backroom staff and all the teammates that I have had along the way.
“I didn’t and do not take the responsibility of pulling on that jersey lightly, representing the brilliant supporters that we have and the 12 counties, and to have done it as often as I have is something that I am very proud of.
“There have been some special moments with Ireland and the Grand Slam is obviously up there but also maybe the game against South Africa in Cape Town in 2016. Being able to acknowledge my dad so soon after passing was very special to me.
“There are highs and lows in every career and I am sure in time I’ll appreciate it all the more but I couldn’t have done it without the strength and support of my family and especially my mam, Anne, my dad Peter, and my siblings, Emma and Darragh. They have literally travelled the world to see me play and I am so grateful.
“It’s been brilliant and I have loved every minute of it but I am happy with my decision and I’m excited for what the future holds. I am very much looking forward to starting the next chapter of my life.
“Finally, I just want to acknowledge again my wife Mary and everything she has done. She has been there throughout my entire professional career and sacrificed a lot. I would not have been able to achieve half of what I have without her by my side.”