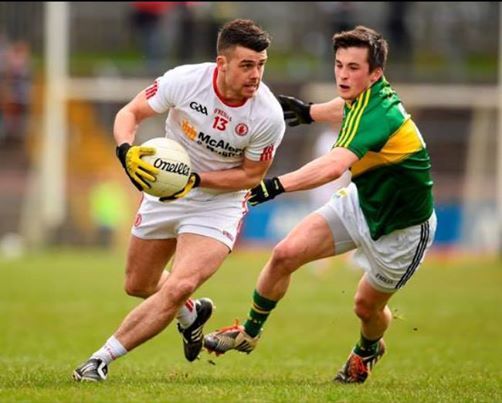 Peter Keane’s first competitive game in the Kingdom hotseat but so much for Kerry football in transition as they fully deserved their four point win over last years all Ireland finalists Tyrone at Killarney. The margin of the victory should have been more, Kerry wasted several golden scoring opportunities including a clear cut goal chance in the first half as Red Hand keeper Niall Morgan got caught out.

The new Kerry boss will take lots of positives from this game, Sean O’Shea and Stephen O’Brien were creative and there was pace and power about the Kingdom. In reality the first half was poor though with Tyrone scoring just once as they trailed 0-5 to 0-1. O’Shea and Moynihan with the scores as O’Brien missed that goal chance.

Kyle Coney’s introduction ignited the Tyrone challenge and with Peter Harte and Mattie Donnelly coming more and more into the game they were back in contention , Darren Mc Curry firing over frees. Kerry defended well and kept their noses in front Jack Barry , Tom O’Sullivan and O’Shea points seeing to that as Tyrone could not reel them in.

Tyrone threw everything into attack in the closing stages but an excellent performance from a youthful Kingdom eased them to a vital win.

Graham set to be ratified as Cavan Football Manager

Weekend GAA Fixtures as Wexford and Waterford Championships hots up