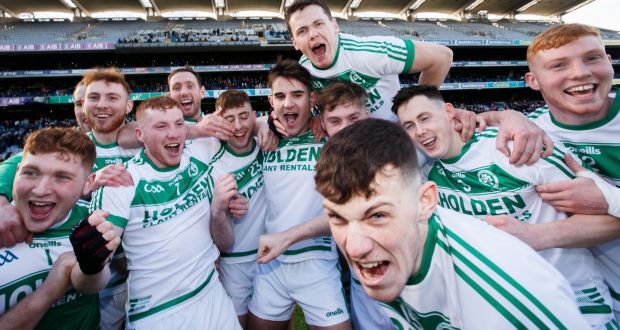 So then, where were you in 1987? Don’t you remember? The Iron Curtain was still up, the Soviet Union was in full swing, Charlie Haughey was sauntering around Ireland as if he owned the place. Probably because, well…. he did own the place. No-one had heard of the Internet, or Facebook, or smartphones. Nobody had heard of Croatia or Latvia or the Euro. They didn’t really exist. Perhaps some of the people reading this didn’t even exist. So as you can see, 1987 was a hell of a long time ago. It was also the last time that a Tipperary club managed to win an All-Ireland senior hurling title.

So in the intervening 33 year year period 11 sides, from Cappawhite in 1987, to Clonoulty Rossmore in 2018, have captured the Tipperary blue riband. Some, like Toomevara (10) and Thurles Sarsfields (8) have done it on multiple occasions. And yet never during that time, has the Tommy Moore cup crossed the premier county boundary. It’s a long time. For a place with such a proud and successful hurling tradition, it’s much too long. So just like 18 years went by from 1971 to 1989 without a celtic cross, this is a famine that has to be ended. Back then the gag was the first thing Nelson Mandela uttered on being released from Robben Island prison was “Tell me, have Tipp won another All-Ireland yet?” Well it’s time for Tipp clubs to stop being the butt of this particular joke.

Probably the most damning indictment of the Tipperary club scene is that they haven’t even been knocking on the door of an All-Ireland title in recent years. It’s 26 years since a Premier side (Toomevara) even competed in an All-Ireland senior club final. Over the last 32 years, only 6 have come through Munster. A barely average record. One can acknowledge the difficulty in getting out of the county, but you still would have thought that the supposed home of hurling would make a better fist of competing against their provincial rivals. So Borris-ileigh are not only facing one of the greatest club hurling teams of all time on Sunday, they’re also shouldering the burden of their own county’s terrible recent history.

The only positive to take from Borrisleigh’s perspective is that while Tipp clubs’ history in this championship is pitiful, their own is far from it. Indeed, they were the last Tipperary side to win the thing all those years ago. Considering what they’ve been through in the last few years, with tragic deaths of club stalwarts such as Amanda Stapleton, Nicky Cooney and John Hayes, it’s a miracle that they’re here at all. And yet, you can imagine such an attitude of “We’re just happy to be here” can’t, or won’t, be allowed permeate itself through the dressing room walls in Croke Park on Sunday. You don’t beat Glen Rovers, Ballygunner and St Thomas, the last two of whom were both defeated by Ballyhale themselves on the road to All-Ireland victory last year, without having something about you. So the Cocks of the North are not just here to make up the numbers. They’re here on merit. 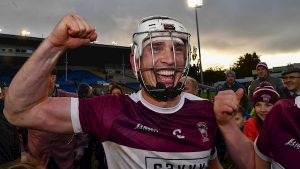 One of the most intriguing aspects of Sunday’s battle is that it arguably pits the 2 best hurlers in the country at the moment against each other. Yes I know, I know, Seamus Callanan, Patrick Horgan, Aaron Gillane et al would have something to say about that, but can you think of 2 more in-form players on the island at this time than Brendan Maher and TJ Reid? They’re certainly in the conversation.

Therein lies one of the most fascinating aspects of Sunday’s matchup. How do Ballyhale stop Maher from dominating the middle third, and how the hell are Borris-Ileigh supposed to nullify TJ’s influence? An insight into what could happen may come from the 1966 World Cup final, which I can’t recall who won for some reason. In that game, the managers of England’s Alf Ramsey and German Helmut Schon, identified the biggest threat of the opposing team, and detailed their strongest player to mark him. So for 120 minutes in a World Cup final, Franz Beckenbaeur and Bobby Charlton followed each other around Wembley, not knowing each was man-marking the other. Who is to say we won’t have a similar situation again on Sunday?

Now ok. It seems faintly ridiculous that Henry Shefflin would ask TJ Reid to devote all his energy to marking the opposition’s best player. I mean, who the hell is going to ask a team’s star forward to man-mark an opposition defender? (Declan Ryan and Lar Corbett shift uncomfortably in their seats) But if you’re Johnny Kelly, that’s got to be a question you’re asking yourself. We know how limpet-like Brendan Maher can be. Aaron Gillane, Rory O’Connor and TJ Reid himself can all attest to that from last year’s championship. Yet would his loss as an attacking influence be too much to bear? Certainly, considering Reid’s importance to the Kilkenny side’s gameplan, doing whatever you can to reduce his influence is vital to securing victory. And Maher is one of the few players in the game, with the physical and hurling attributes capable of doing so. 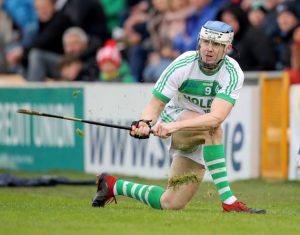 Maybe Ballyhale are already anticipating such a scenario and are none too perturbed by it.  Even without taking into account TJ’s genius, Colin Fennelly is still one of the most powerful and dangerous forwards in the country. Remember it was Fennelly who did the most damage as the Shamrocks romped past St Thomas’s in the last Patrick’s Day decider. That was the same day that Adrian Mullen truly announced himself on the national stage, by getting 5 points from play in his first final. The youngster was conspiciously quiet in the semi-final, but given his talent, and love of the big day, what are the chances he’ll be as inconspicious again on Sunday?

Other than that, there’s plenty of nous in this side. Michael Fennelly is undoubtedly slowing down as he enters the last days of his career, but the brain still works overtime. Joey Holden is as sticky as ever in the full back line. Brian Cody has been a fantastic addition to the forwards and Evan Shefflin and Eoin Cody are growing more into their roles each year.

On saying that though, will Borris-ileigh really be that fearful of them? Will they be worried about being underdogs when they’ve been written off for most of the year? Won’t they be able to look at their own dressing room, with All-Ireland medal winners in Dan McCormack, Paddy Stapleton and the aforementioned Maher, and realize they’ve no cause to be overawed by any situation? Don’t they have enough speed and skill in the likes of James Devaney, Conor Kenny and Kieran Maher to bother an increasingly creaky Ballyhale defence that was opened up time and again by Slaughtneil in the semi-final? Don’t they realize they’ve got a 100% record in All-Ireland finals themselves?

So Ballyhale have won 7 out of 8 All-Ireland senior club hurling finals. They’ve won each one of their last 7. It’s a hell of a record. But then, every record’s got to be broken at some stage right? What odds we’ll have another Tipperary man shouting into the microphone that the “famine is over”? Maybe soon. But not Sunday.