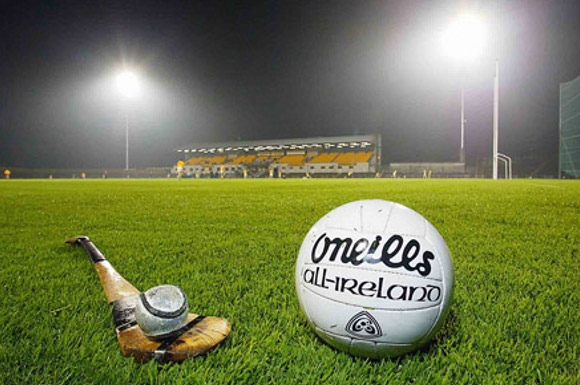 Mayo booked their place in the Connacht semi-final but they had to withstand a late Galway rally. Three points in a row extended Mayo’s lead to six points just over the hour mark but the Tribesmen hit back with a goal from James McLaughlin and a pointed free to cut the gap to two but Mayo held on.
Scores were at a premium in the first half. Mayo opened the scoring but Galway replied before edged ahead again and a point from Dylan Brady drew Galway level as the sides went in level at the break – 0-2 apiece
A free from Nathan Grainger gave Galway the lead for the first time in the 37th minute but it lasted only one minute. Cian O’Connell fired over to draw the sides level before Jack Fallon found the back of the net in the 40th minute.
Three points in a row gave Mayo a six point lead. Galway responded with 1-1 but the comeback fell short.

Jack Duggan scored 2-05 as Longford advanced to the quarter-finals of the Leinster Championship with a fine win over Wexford at Parnell Park.
Longford were 15 points ahead entering stoppage time before Brendan Tobin scored a consolation goal for Wexford.
Wexford got the game’s opening score after five minutes when Cian Hughes hit over a free. Longford then took control of proceedings with Duggan getting his and Longford’s first goal in the 10th minute. He added a second goal in the 29th minute as the Midlanders held a 2-06 to 0-03 lead at the interval.
Jack Higgins hit over a point for Wexford in the 37th minute. They got their fifth point through Conor Kinsella (free) in the 41st minute but Longford hit back with points from Tiarnan Hussey (free) and Duggan and a goal from Keelin McGann in the 52nd minute. Ciaran Scanlon got Longford’s fourth goal in the 57th minute as they set up a last eight meeting with Meath next Thursday evening.

Cathal O’Neill scored 1-01 in stoppage time as Limerick overturned a seven point half-time deficit to advance to the last four in Munster with a narrow one point win over Clare. Clare lost Shane Punch near the end when he was red carded.
The Treaty County started very well with O’Neill finding the back of the net in the first minute. Colin Coughlan hit over a point to extend the lead to four. Clare were level after 15 minutes. Limerick regained the lead but eight points in a row from the Banner County saw them lead at the break 0-12 to 1-02.
The lead was eight in the early stages of the second half with Kevin Smyth firing over a point. Patrick Kirby got a much needed goal for Limerick in the 43rd minute. The lead was five in the 49th minute when Cian Galvin scored a point but that was to be Clare’s last score of the game as Limerick staged a remarkable comeback to book their place in the Munster semi-final.

Tipperary made hard work of their win over Kerry in their opening Munster Hurling Championship tie. Credit to the Kingdom who put it up to Brendan Cummins’ side.
Both sides traded early points before Kerry took a hold of the game. Six points in a row gave them a five point lead after 12 minutes. Tipp cut the gap to one in the 26th minute when Ed Connolly found the back of the net.
Two points from Shane Gleeson gave Tipp a one point lead at half-time – 1-07 to 0-09. A pointed free from Nathan Guiren drew Kerry level in the 47th minute. A goal from Paddy Creedon in the 52nd minute started the Tipp fightback. The goal gave them a four point lead.
Pointed frees from Kyle Shelly extended the lead to seven in the 55th minute. Tipp got late points as they ran out winners in the end by 11 points.

ONCE UPON A TIME IN HOLLYWOOD AT COMÓRTAS

Canavan wants counties to determine their age own grades