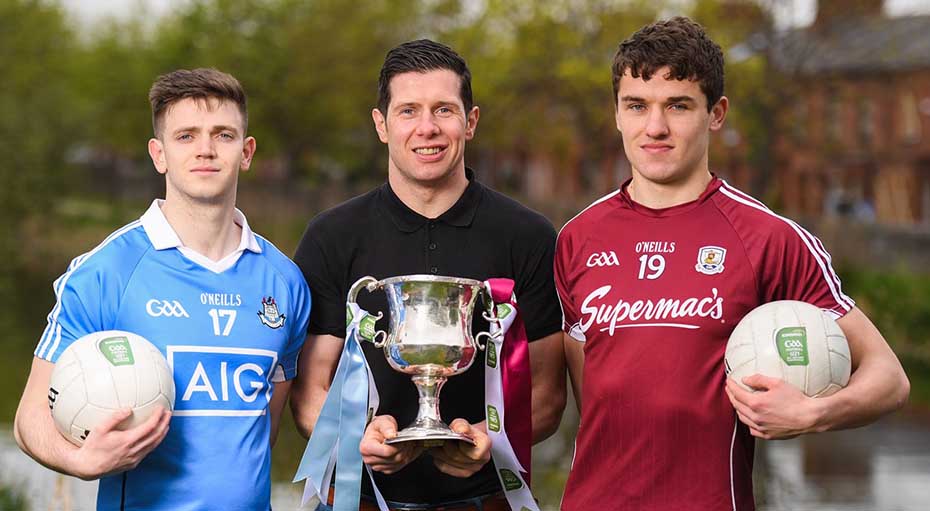 The only football game this weekend is the All-Ireland U21 Football Final between Galway and Dublin at O’Connor Park in Tullamore on Saturday evening, a game which will also be shown on TG4. Dublin last won the title in 2014 and will be looking for their fifth U21 title, while Galway last won the title in 2002, they will be looking for their sixth U21 title.

Galway were superb winners over Kerry in their semi-final beating the highly fancied Kingdom, 2-14 to 2-10. They had an extra time win over Sligo in the Connacht also, so they will be set for the challenge of Dessie Farrell’s Dublin on Saturday in what is expected to be a large attendance. Dublin come into the game on the back of a provincial win over Offaly and a semi-final win over Donegal, beating them 1-13 to 0-09.

Galway will once again look for a strong start like they had against Kerry and they are capable of it. Galway will look to players such as Rob Finnerty, Cein Darcy and Peter Cooke, while for Dublin Con O’Callaghan, Colm Basquel and Aaron Byrne. The bookies have Galway priced as slight favourites at 5/6, with Dublin 6/5, the draw if you fancy it is 15/2. I think with Con O’Callaghan up front Dublin will win this by 2-3 points in the end.