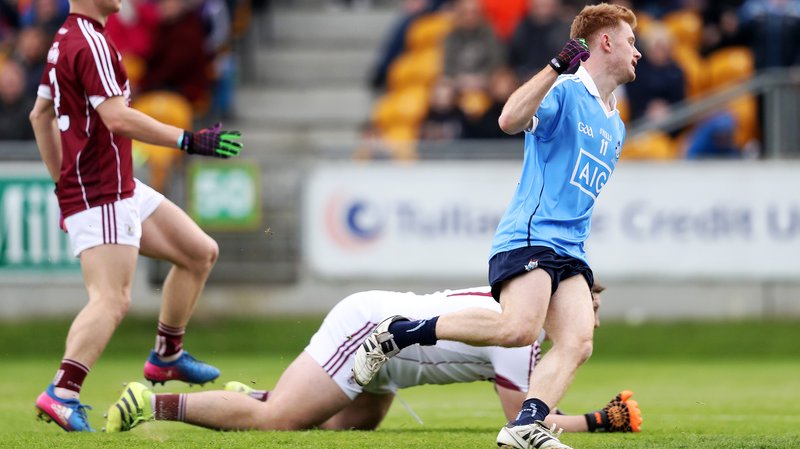 Dublin secured the last ever U21 football title at O’Connor Park, Tullamore last weekend with a well-deserved win over Galway. Dublin were leading at half time 0-05 to 0-04, with Con O’Callaghan coming to the fore for the Dubs. Dublin led by 0-04 to 0-01 after 18 minutes of play with Colm Basquel getting two nice points, while Galway through Michael Daly registered their first score.

The second half was much more exciting, with both sides scoring two goals each. Dublin were quick out of the starting blocks after the interval and they held Galway scoreless for the opening 14 minutes in the second half. Dublin took control five minutes into the second half with Cuala club man O’Callaghan grabbing the opening goal of the game, score was now 1-10 to 0-05. However, the men from the West responded, with Cillian McDaid who scored a superb goal and a point was added by wing back Kieran Molloy.

However, Dublin responded next and it was a killer blow to Galway. Adam Byrne grabbed the goal 3 minutes from time to all but guarantee a Dublin win. Galway did manage a late consolation goal through substitute’s Brennan’s goal. Con O’Callaghan had a penalty in injury time for Dublin and he opted for the point to finish off the scoring.

Player of the Match: Glenn O’Reilly, kicked three fine points from play from wing forward and was superb throughout.