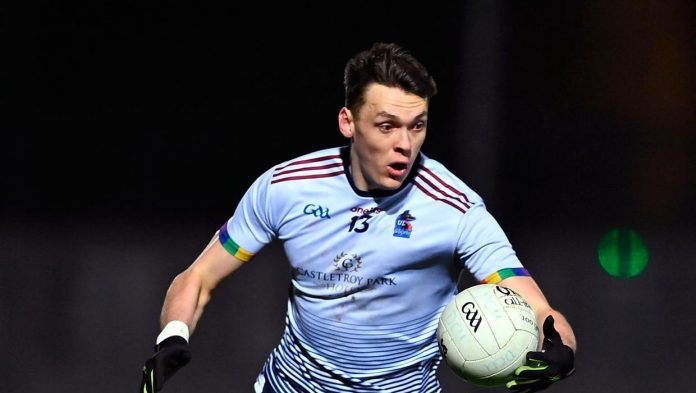 UL are bidding to create history tonight when they take on NUI Galway in the Sigerson Cup Final. The Limerick side have never won the competition and will hope that changes in IT Carlow at 7.30pm.
The game will be televised live on TG4. The Limerick side have only been in the final once before; back in 1997. UL have plenty of star players among them Kerry talisman David Clifford.
Clifford kicked two of the final three points as UL overcame DCU in the semi-final while NUI Galway defeated MTU Kerry, after extra-time, in their last four tie.
It’s a busy few days for UL as their hurlers play in the Fitzgibbon Cup semi-final tomorrow against DJ Carey’s IT Carlow. They’ll be hoping on Saturday they’ll have claimed a unique ‘double’. NUI Galway are also going for the ‘double’; their hurlers take on Galway Mayo IT in the last four of the Fitzgibbon Cup.
NUI Galway were dealt a blow with Mayo star Tommy Conroy receiving a serious injury. Matthew Tierney is one player to look out for in the Galway side.
UL have players from nine counties in their panel while NUI Galway will have players from six different counties in action.

A view from the sidelines – a week where Covid made...