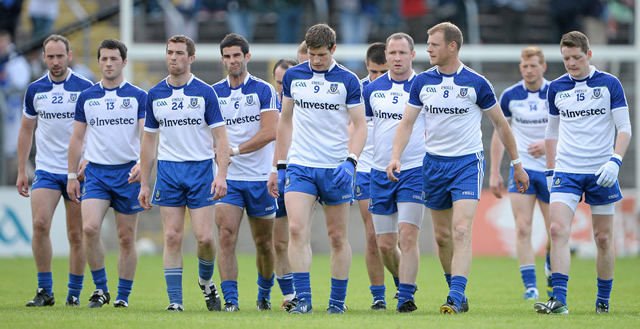 Monaghan booked their place in the Ulster quarter final against neighbours Cavan with a good second half performance over Fermanagh at Clones. Conor McManus got a vital goal on 15 minutes, which was the difference at the break. Fermanagh did play a massive part in proceedings though and with the half hour mark approaching they outscored the Farney men 1-02 to 0-01.

The Ernesiders goal coming from Ryan Lyons who neatly finished past Rory Beggan having been set up by Paul McCusker at the edge of the square. However, Monaghan corner forward Conor McCarthy scored a fine point in response, leaving two defenders in their wake with two dummies before finishing for a nice point. Monaghan did finish the half stronger to be fair, with Karl O’Connell, Jack McCarron and McManus giving them a 1-08 to 1-06 advantage at the break. Fermanagh landed two of the next three points to get within one, but they failed to push on further and ultimately Monaghan took control.

Second half substitute Owen Duffy landed three points, and Monaghan landed 10 points in a row to ensure their place in the quarter final against Cavan.

Exiles send Wexicans flying back with tail between their legs