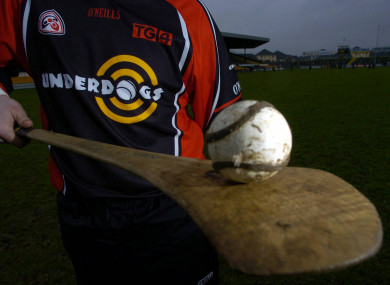 TG4’s popular GAA Series ‘Underdogs’ is set to return in 2022 but this time the focus is on hurling. Trials are to take place in April and TG4 and Adare Productions are inviting applications for the new series.
It’s open to all male players who have never played with an inter-county team in the Liam McCarthy Cup.
All applicants must be 18 years of age on or by 18 April 2022 to be eligible and they must currently be registered with a GAA club.
Speaking about ‘Underdogs’ GAA President Larry McCarthy said: “Since its foundation, TG4 has been synonymous with excellence in Gaelic games coverage and the Underdogs series has been a popular part of this work.
“It is a show that takes people behind the scenes in preparing a team and is fuelled by the attraction of seeing the underdog get a shot at the big time. In 2004 Kieran Donaghy featured as an unknown Underdog, but two years later was an All-Ireland winning Kerry footballer and a household name. I look forward to seeing the hurling hopefuls of 2022 being put through their paces, and potentially the emergence of another well-known star.”