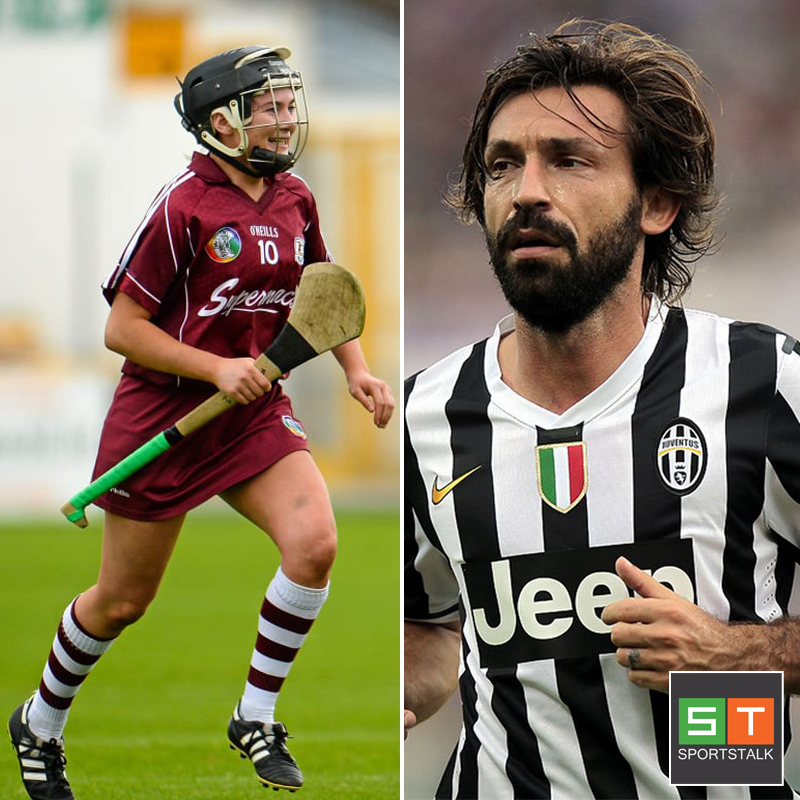 Sportstalk will be in the Gaelic Grounds Limerick this Saturday for the Liberty Insurance Camogie All Ireland Semi Finals. We hope to bring you more live insightful Twitter updates, game day preview and post match content. Upon thinking ahead to Saturday we encourage all to attend and become a fan of the sport as it goes from strength to strength with the continued commitment of players and team managements. Yes all signs are leading to another Cork vs Kilkenny final, but to rule out League Champions Galway would be a fools errand and last season Kilkenny looked flustered in their semi-final, Tipperary will be waiting to captilise on Kilkenny’s self doubt.

Sportstalk have discussed and put forward 3 players from the underdogs to look out for,  with our next piece choosing 3 for both Kilkenny and Cork who wear the favourites tag next weekend.

Aoife Donoghue – Nicknamed internally among the Sportstalk team as “Pirlo” after The Italian soccer legend who was worth the entrance fee alone. The Mullagh women lines out in the center of the park and is a joy to watch. Finds time and space effortlessly, is a play maker and loves the rough and tumble stuff. If Aoife is efficient with her work rate saving enough energy for the final 15 minutes Galway have a great chance.

Sarah Dervan – Man Utd gave north of 80 million not only for a central defender but also a leader, if there was a transfer market in Camogie Dervan would be top rank. A leader in the 1/4 Final with a tough task of marking Beth Carton but over the course of the 60 minutes shut down all power Waterford threaten with through her solid, simple defending and calming influence. Watch as this Mullagh woman slowly dismantles attacks while cooling the jets to deliver quality ball out from the back.

Rebecca Hennelly – Used pitifully as a sub in the last five minutes of the 1/4 final and scored, a player who we fail to understand doesn’t start on the first 15. Entered the fray in last years semi final and played superbly albeit the game had got away from them, but this Ardrahan baller is quality and perfect for the big day. A solid free taker, can execute long range passing and rarely misses. The management obviously know more that we do working with these players day in day out but a player Galway cannot afford to have warming the bench for too long next weekend.

Gemma Grace – A silent assassin, the perfect defender who goes it seems under the radar to the masses but to the trained eye stands out a mile as a fantastic Camogie back. Silent, professional and without fuss this Burgess-Duharra baller has been a rock for both club and county over the past number of seasons. A solid 1/4 final who shut down the services of Rebbecca Dunlee a major cog in the Limerick wheel. Deserving of an All Ireland appearance.

Mary Ryan – Hailing from Moneygall Mary is one of the best Camogie players in the game today. Cuts through alot of work from midfield it would be interesting to know her GPS stats, fearless and a skillful player all in one. The type of player  some teams take for granted and a player that commands the middle area. A player that can really have a huge influence on the game if she tidies up her passing.

Megan Ryan – A player that gives 100% every time in the middle of the field and if a 50/50 ball is their Megan is winning it. Very composed and competitive in the 1/4 final and alongside Mary Ryan forms a fantastic duo for Tipperary. The key to Tipperary’s success on Saturday is how well they deliver ball into their inside line and can goals come off them. The Borrisoleigh woman will have a huge impact on Saturday’s game if she can dominate and deliver.