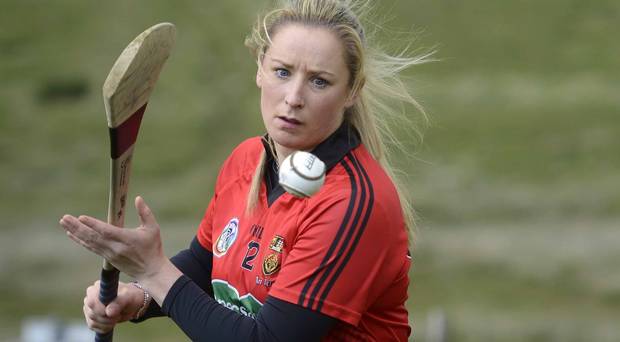 Following on from last week’s disappointing defeat to Meath, and with only two more rounds of league fixtures left before the quarter-final stage it was the case of second time lucky for Down as they easily saw off a depleted Carlow side who are more than likely going to be in a relegation battle.

From start to finish Down were the better team and were fully deserving of their 01-09 to 01-04 half time lead, the second half was a brilliant display by Down and within five minutes of the re start thanks to goals from Catherine McGourty and Saoirse Sands  put the game beyond all dough, and despite been reduced to 14 players when Dearbhla Magee was send off for a second bookable offence the game was more than less over.

The score of the game came from Saoirse Sands as she was on the receiving end from Aoife Keown pass buried the ball into the back of the net.

In the end it was a thirteen-point victory for Down and with only two rounds left to play I wouldn’t be surprised if there was a few more twists to the tales.