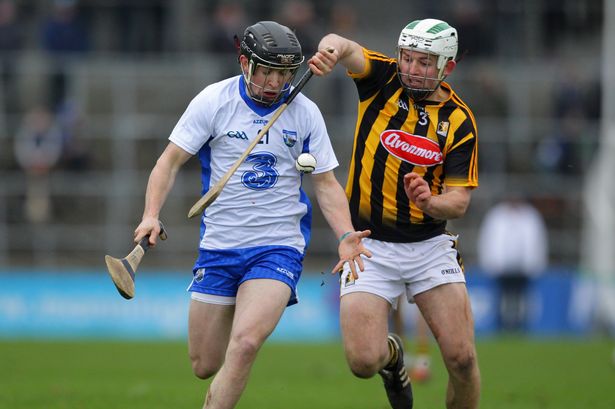 OPENING LOSS NOT FATAL FOR KILKENNY, BUT VICTORY VITAL FOR WATERFORD

Well, it wasn’t the best game of hurling ever in Nowlan Park on Sunday. Then again, given the fact it was February, and neither team was at full strength, it certainly wasn’t the worst one either. Waterford just about scraped a first win away to Kilkenny in some 13 years last Sunday and, without being privy to what goes on in their dressing room, it must have felt damn good.

The fact is, Waterford really needed to win this one. Not because it’s the first round of the league, or the fact it’s nice to get a win at any stage, but because it was against Kilkenny. And if you’re a challenger, trying to knock Cody’s men off their lofty perch, you can never really beat them enough. But there was more to it than that.

You could see in the performance of the Deise men last Sunday, that those two epics from August were still fresh in their memory. 9 times in the last 20 seasons the two sides have faced off in championship. And, barring one draw, on each occasion the Cats have come out on top.

But things have changed now. The wheels of evolution have rolled so slowly, but the conveyor belt that was once golden on Noreside is no longer churning out ready-made world beaters. On the other side of Ferrybank though, they must know that something is stirring. Because whereas before, Waterford men may have looked up to their black and amber colleagues, they’re now staring them straight in the eye. And last August reflected that. Whatever about beating Kilkenny in the replay, they should at least have won the original semi-final. And won it well.

But the fact is-call it bad luck, naivete or fate-they didn’t do it. But the next time Waterford face Kilkenny in the championship, there can be no excuses. They are as good now, if not better than, their neighbours. Beating them in Nowlan Park without the hurler of the year reflected that. And sure, it was only a league game. But then again, I didn’t see any Kilkenny player going into a challenge on Sunday half-heartedly.

This year is a crucial one for Waterford. Derek McGrath has had three seasons as manager and the county has improved with each one. They’ve gone from being one of the best 7 or 8 sides in the country, to one of the top 3 or 4. But the only way they can improve this year is by winning, or at the very least, getting to an All-Ireland final. If something big doesn’t happen for McGrath in year 4, it’s hard to imagine things improving in year 5.

So if this Waterford side are to achieve something truly special (ie an All-Ireland) they need to do it now. Of course, bar under 21 success they don’t have the experience of winning one before. What they do have, is an exceptional group of hungry and talented hurlers. They weren’t at their most fluid on Sunday, but if nothing else, their intensity and work rate was top notch. You could see it in the way Noel Connors constantly harassed Richie Hogan in possession. Or the way Tom Devine threw himself into challenges all over the field. Or in Jamie Barron’s impersonation of the energizer bunny in midfield. In a sense, they out Kilkennyed Kilkenny. And we know they didn’t show their full array of attacking talent. But that battle hardiness they demonstrated is a hell of a good base.

As for Kilkenny, the game offered more questions than answers. Sure, the spirit and application of the team was as high as always. But some players, and some management personnel, didn’t cover themselves in glory. The team selection for one was a cause for confusion. Padraig Walsh has always seemed more of a happy go lucky half-back/half forward than a battle hardened, ruthless full back. He hurls more like his brother than he does,say,  Noel Hickey. The way he was turned by Tom Devine for the Waterford goal would further add credence to that view.

Strange selections in league games is not something Cody is unused to. I remember him once picking DJ Carey at centre back against Clare. But having won an All-Star at half back last year, was it worth the risk taking the Tullaroan man out of his natural position? Particularly when there seemed a much more obvious candidate for the full-back slot, playing in Walsh’s usual position at right half back?

Then again, the performance of the half back line wasn’t great either and, more pertinently, Cody will surely be somewhat concerned about his forwards. Bar TJ Reid, not one of the starting attackers would have come off the field overly happy with their performance. Richie Hogan and Liam Blanchfield got great scores in the first half, but apart from that they were kept reasonably in check. Richie in particular seemed to get more frustrated as the game went on by the “close attention” he was being paid.

Then again, it’s hard to see Cody being unduly worried about what happened on Sunday. Last season’s league campaign also began with a loss to Waterford and it ended with a place in the All-Ireland final. The squad is also weakened by injuries and lack of fitness. Come summer time the likes of Ger Aylward, Walter Walsh, Colin Fennelly and a fully-fit Michael Fennelly will be chomping at the bit to retain their places. There’s others like John Power from Carrickshock and Chris Bolger from Clara, who might also make their way into the equation.

Winning the league is not a necessity for Kilkenny, but staying in the upper tier of the competition certainly is. With an awkward away fixture coming up against Clare, who will be eager to get their campaign back on track after losing against Cork, they could be staring down the barrel of two defeats from 2 games. And after that and a home date against a resurgent Cork and an away one against Tipperary  awaits.

It’s unlikely we will see Kilkenny playing in Division 1B next year. Dublin were so awful in their game against Tipperary last Saturday night, that relegation already feels slightly inevitable for them. The aim for Cody in the league will be to get his players fit, battle ready and maybe find solutions for 3 or 4 problem positions. But none of those places were adequately filled last Sunday.

As for Waterford, next up is a home game against Tipperary. Whatever complaints they may have about their opening 2 fixtures, they certainly can’t say they weren’t tested. Sunday’s win was an important one for them, a milestone if you will. But it will only have merit if this season turns into something greater.