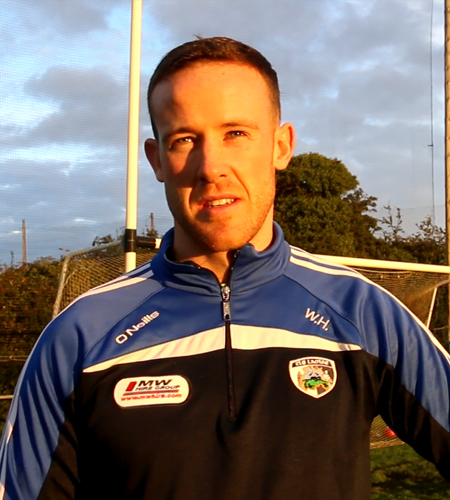 A good friend of Sportstalk.ie Willie Hyland called time on his inter – county career today due to ongoing hip problems, if you guys remember our Cha Fitzpatrick interview a couple of months back, he cited the same reasons for retiring early.

An issue to discuss at a later juncture, but for now enjoy Willie Hyland’s 20 questions with us a couple of weeks back and remember you can still view Willie in our 6 Weeks Hurling Skills Challenge Show which aired last Monday Night.

Next Episode is this Monday night on Sportstalk.ie.

“I wish to announce my retirement from inter-county hurling,”

“In recent years I’ve had issues with both my hips which has restricted my training and caused me discomfort after training and games – this is the main reason for my retirement. At inter-county level if you can’t give 100 per cent then you’re at nothing.

“It’s been an honour to play for Laois and I’ve huge respect for all the men that I’ve worn the blue and white with over the years. I’ve made friendships that will last a life-time, not just in Laois but across the country.

“I would like to thank all the managers I have worked with, from Dinny Cahill, who gave me my debut in 2006, to Cheddar – who gave us days in a Laois jersey that many didn’t think was possible.

“I would like to wish the incoming manager Eamonn Kelly and the 2017 panel the very best of luck and I look forward to supporting Laois in the years ahead.”

Should We Play More Games At Smaller Venues?