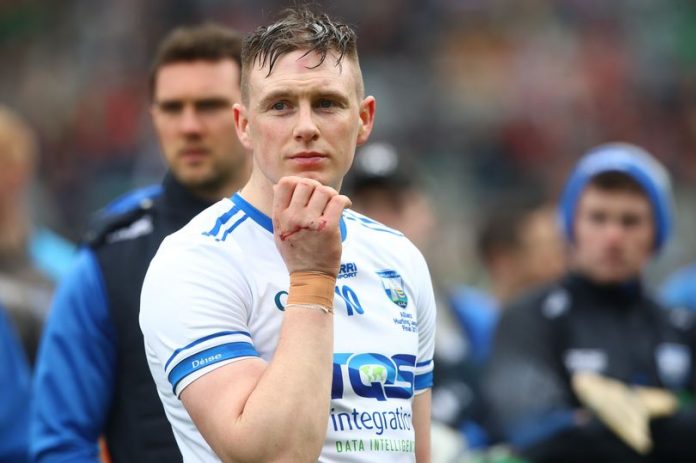 Waterford manager Liam Cahill has admitted if there are any grounds for an appeal of Austin Gleeson’s straight red card against Wexford in the Division 1 semi-final, they’ll have a go at it.
Gleeson was sent off late on and Cahill said: “I didn’t see it and I’m not taking the soft option here, I genuinely didn’t see it. We’re going to have a look at it tonight. I don’t think there was a lot in it, to be fair to Austin. Obviously, the referee had to act on his umpires’ instructions. That’s the directive when you’re an inter county referee. If your umpires see something, they have to act.
“If it’s a case that there’s any grounds for appeal, we’ll definitely have a go at it, we’ll definitely be appealing it.
“John (Keenan, referee) was just explaining his own position and I understand it perfectly. There’s a lot of pressure on these referees at this level. That’s the directive they get, when their umpires call them in, they have to deal with it.
“We’ll have to see it, look back at it and see is there grounds for an appeal.”