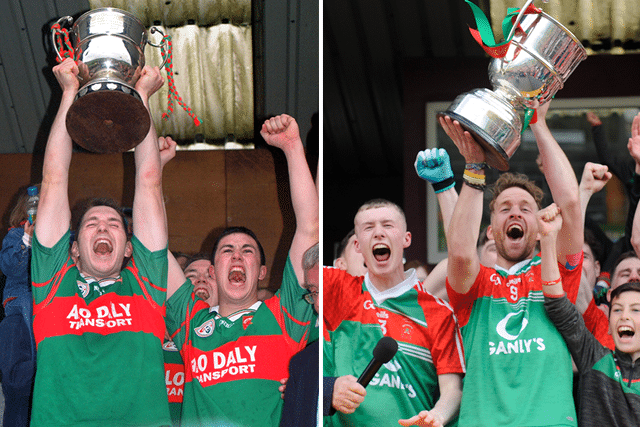 Westmeath may be up against it against All conquering Dublin in a few months time, but that could not be further from the minds of the of the Westmeath club player as this weekend sees the start of the Football Club Championships.

Spurred on this season by a seriously meaningful and interesting championship where most championships have groups of 3 with the top 2 earning a place in the playoffs and the 3rd place team heading for a battle against relegation.

Each championship has its own little story starting out, can Tubberclaire eradicate last seasons disaster of relegation by bouncing back in the Clarkes Bar Junior Championship or will the upcoming The Downs second team see the fruits to their underage labour over recent years by claiming a title.

In the Intermediate section no person can claim to know whats going to happen as many of the pre season favourites for the title have a minefield group section to contain with. However Tang and Milltownpass look to be the early favourites with former Westmeath star Budda Mangan not ruling out his own club St Malachy’s.

The Westmeath Senior championship is littered with star studded managers. Will the talking points be on the sidelines this season. Dessie Dolan is retired or is he? Athlone managed by Liam McHale will hope he is as they look to earn the bragging rights in the town of Athlone as they match up on the opening weekend. Have St Loman’s lost their power? or will a team from the pack emerge? Rosemount managed by Frankie Dolan or The Downs managed by the most successful of them all John O’Mahony will have a route to the Flanagan Cup mapped out not doubt setting up one of the most anticipated championships in years.

All 3 Previews are available

ONCE UPON A TIME IN HOLLYWOOD AT COMÓRTAS