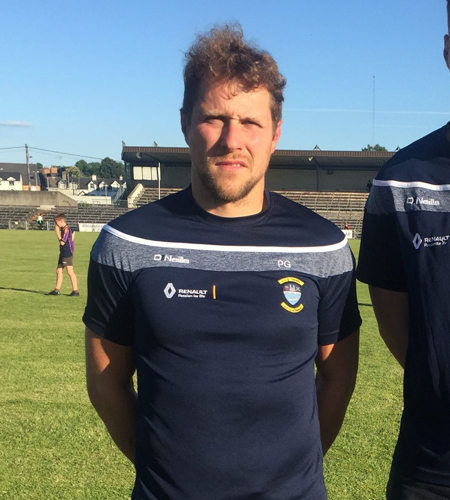 We are in retirement season and this time its the news that Westmeath dual star, Paul Greville has called time on his Westmeath career.

In a statement from the Official Website of Westmeath.

Paul Greville, one of Westmeath’s most accomplished hurlers this millennium – and a very good footballer to boot – has announced his retirement from inter-county fare after over a decade and a half proudly wearing the maroon and white jersey as a senior player in both codes.

Greville (34) first played for the Lake County senior hurling team as a teenager in 2004 and he has been a virtual ever-present in defence since, winning three Christy Ring Cup medals in 2005, 2007, 2010, and helping the side to a belated return to top-flight National League hurling by winning Division 2A earlier this year. A Killucan star in the big ball game, he was also a potent corner forward on the Westmeath senior football team from 2010 to 2015.

The time commitment involved in being an inter-county player is the reason behind the Raharney man’s decision to step down. A winner of five Westmeath Examiner Cup finals with the Deelsiders, Paul is fulsome in his praise of his wife Gráinne for supporting him over the years, and he now plans to spend more time at home with his wife and baby daughter.

However, Westmeath Gaels will be pleased to know that he has agreed take on a role in Shane O’Brien’s backroom team as the new manager gets set to prepare his troops for a very high-powered Division 1 of the National Hurling League next spring.

(In next Tuesday’s Westmeath Examiner, Paul talks to Gerry Buckley about the highs and lows of his long career as a Westmeath hurler and footballer)

Best of luck in retirement Paul.

We made it tough says Lancashire Hurling boss

WHY ISN’T THE LEAGUE THE CHAMPIONSHIP?