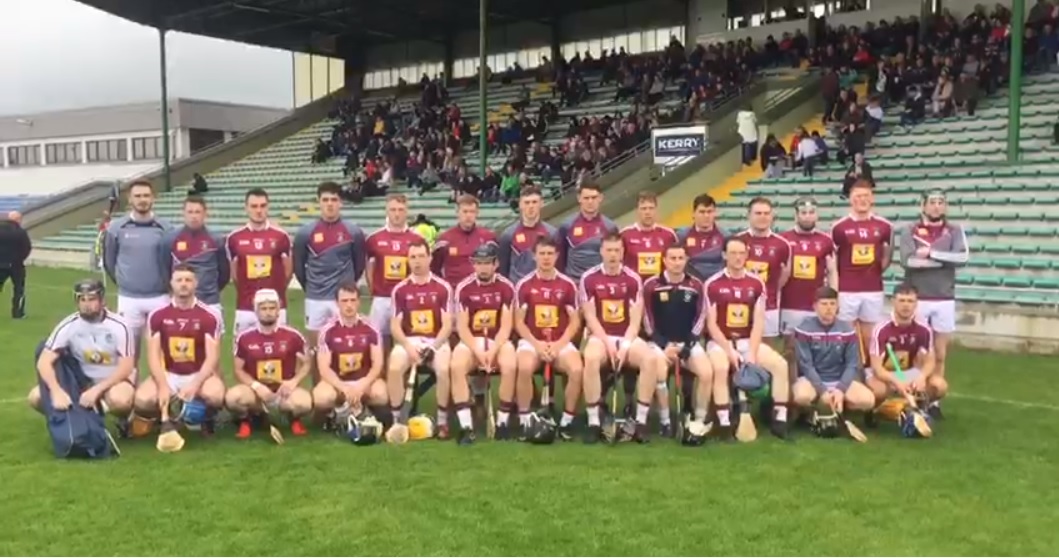 Westmeath stayed unbeaten in the Joe McDonagh Cup thanks to a 2-12 to 0-15 win over Kerry at Austin Stack Park, Tralee, with the visitors netting a goal in either half on the way to a three-point win.

This game began in wet conditions, with an error stricken first half, especially in the first few minutes where near side produced a score.

Westmeath led by 1-7 to 0-8 at the break, with Niall O’Brien scoring the goal after 16 minutes, after a sluggish start.

On the restart Kerry had numerous chances to potentially put the game away and win the contest, but they failed to take them.
The hosts hit the posts, and also had some bad wides, and when they advanced for scores, Westmeath got back with scores, including Clinton’s goal.
Eoin Price had three bad wides in succession with the sides tied at this stage.
Both sides missed chances in the last 10 minutes, but Westmeath dug deep for scores.
Allan Devine led Westmeath’s scoring with seven points, six from frees, with six players contributing to their tally, and eight on target for Kerry, including five of their six starting forwards.

Shane Conway, Daithi Griffin, Barry O’Mahony and John Buckley all played well for Kerry who were pretty solid in defence throughout.

The team that time forgot-The story of Laois hurling in the...