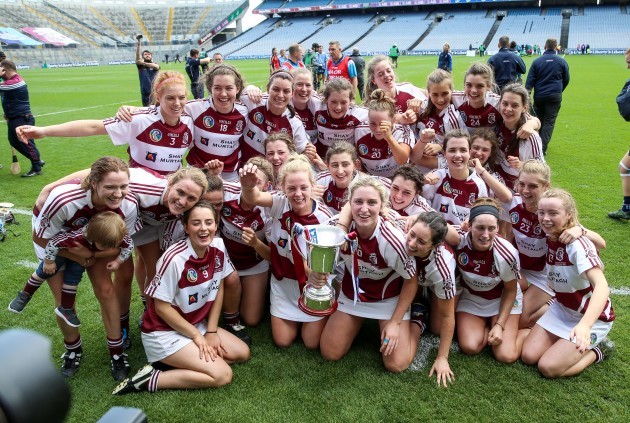 What a day it’s been for Westmeath Camogie as they marked their debut in the Liberty Insurance Senior Camogie Championship with a famous victory over Limerick when this group 2 tie was played in Bruff.

This victory has presented Westmeath with a great opportunity of progressing to the knockout stages of the championship, last years intermediate champions were fully deserved of their three-point win over Limerick after a stunning first-half display, on a day in the same group saw Kilkenny pull away in the second half to claim the spoils in the south-east derby.

Limerick showed great character and determination to get back to a goal at the final whistle, having trailed by eight points after 24 minutes, their efforts almost came good to them as they almost recused a draw but Fiona Keating is the Westmeath goal had other ideas made a vital save in the fourth minute of injury time from Limericks Judith Murphy.

Westmeath got off to a brilliant start thanks to points from Keating, Pamela Greville, Megan Dowdall, and Ava Balfe, and when Denise McGrath found the back of Limerick net they were on cloud nine, Limerick had to rely on two points from Caoimhe Costelloe from place balls to leave it 1-7 to 0-2.

Limerick finished the half with four points including their first score from play from the stick of Orlaith Kelleher, a sign of a possible comeback.  In the end, Westmeath showed great character, skill, and commitment as Johnny Greville’s side held on for victory despite a late rally from Limerick.

Westmeath will face last year’s beaten All-Ireland finalist Kilkenny in the next stages of the group, while Limerick will face Waterford in a local derby match with plenty at stake.