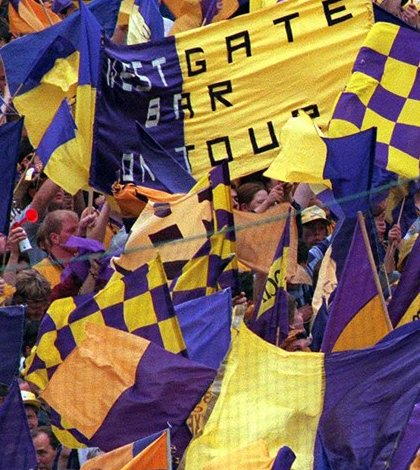 Hurling badly needs counties like Wexford back at the top again. Wexford had a fantastic victory over Cork in the qualifiers and now have set up a meeting with beaten Munster finalists Waterford. While most of the talk is of how Cork have fallen so far back, we should not forget how well Wexford played against Cork. In my opinion Liam Dunne has a  difficult job in Wexford. He has been down some key players for most of the year – Andrew Shore, David Redmond, Liam Ryan, Shaun Murphy, Ian Byrne and Shane Tompkins are all out injured at present. Throw in players like Jack Guiney, Keith Rossiter and Rory Jacob who have all left the panel lately and you can see that there has been a massive turn around in players used by Dunne. That win against Cork will give them massive belief and they should be going into an All-Ireland Quarter final against Waterford full of confidence. Waterford however, are going into the game with many questions over their self-belief and tactics. Do they play the defensive system, what will the players confidence be like? Wexford wont fear the Deise and have only to revert back to two years ago when they beat them in the qualifiers in Nowlan Park.

Wexford bring a great buzz to the championship when they are involved, hopefully the Wexford supporters will travel in massive numbers for this game, I expect they will. Back in the 90’s and early 2000’s, Wexford probably had the best supporters in the game. They had some massive victories back then, 1996 Leinster semi-final defeat of Kilkenny, the 1996 All Ireland win, 97 Leinster final win vs Kilkenny and of course the 2004 last minute winner by Mick Jacob to defeat the cats in the Leinster Semi-final, then winning the Leinster final that year against Offaly.

The Wexford supporters bring great colour and excitement to the occasion and the championship is a better place with Wexford involved. I posted an article recently on this site http://www.sportstalk.ie/should-we-be-worried-about-hurling/ ranking the top 12 teams in the country. I placed Wexford at 9th but after Sunday that will be drastically changed if they win. It would be great for a team not classed as a top 6 team to reach an all-Ireland final. I fully expect Wexford to give Waterford a good game, if they do get over the line I don’t see them beating Kilkenny in the semifinal. That would be no disgrace as many teams have fallen to Kilkenny in recent times. A win against Waterford and a good performance against Kilkenny in an All-Ireland Semi-final would signify a massive improvement in Wexford hurling.

Throw in 3 Leinster U21 titles in a row before this year and you would have to think the future is bright for Wexford hurling. For example,  the younger Wexford players don’t fear Kilkenny underage teams. They have beaten Kilkenny the last 3 times they have met at Under 21 level, including a whopping 20 point hammering last year. The big problem is these U21 players are expected to come into the Senior set up and be a main player, whereas in Kilkenny younger players have to train for 2 or 3 years before they will even get a chance of sampling playing time under Cody.

Wexford players will have really enjoyed training since the win against Cork and they will head into the Waterford game in a much better place than the Waterford players. Waterford have not become a bad team over night and I expect them to stick with their defensive system. Wexford played with a sweeper against Cork so they will be well prepared. Hopefully it will be a good competitive game and that the Wexford supporters can maybe sing a couple of songs afterwards in the pub.

If only they had a couple of good songs to sing!

These are two classic GAA songs. Maybe Wexford will have another classic song after the 2016 All Ireland final!