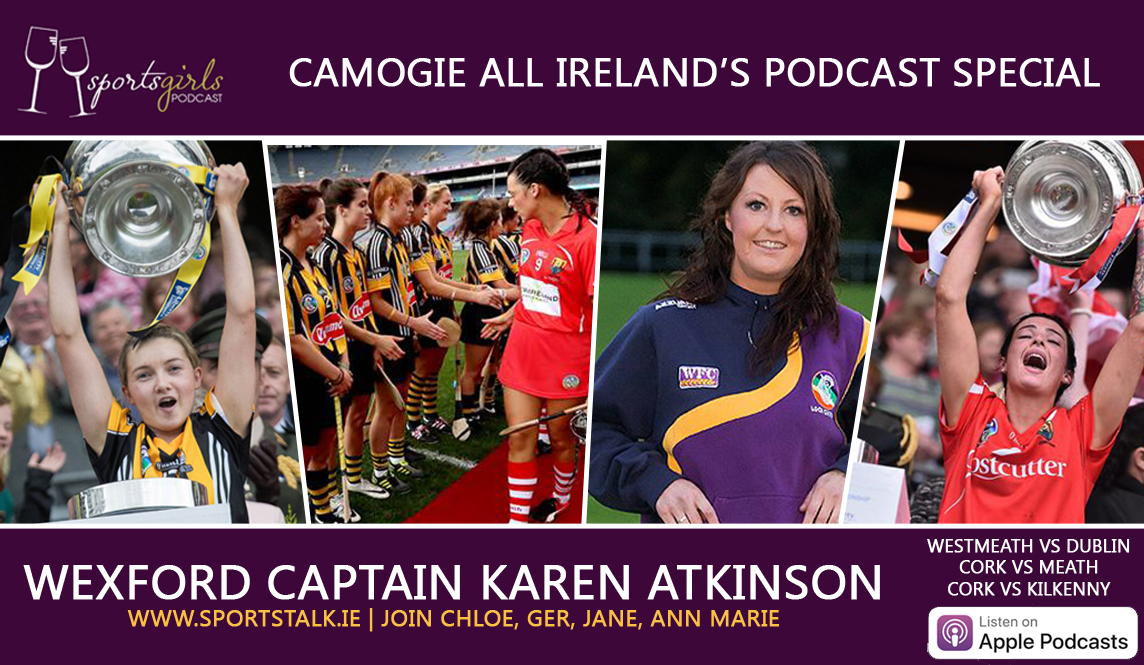 The Rebel County take on Kilkenny in a repeat of last year’s final; the Cats stopped Cork from claiming their third title in a row. Cork will be hoping to avenge that defeat.

Speaking on this week’s SportsGirls Podcast Atkinson admitted that from the start of the year Cork were her favourites to win the O’Duffy Cup: “I said Cork were the team to beat this year. The seemed the most impressive throughout the championship.”

This is the second final this year that Cork have faced their big rivals Kilkenny. The Cats came out on top in April when the sides met in the League Final. Cork had beaten Kilkenny in the Group Stages but lost the final by three points.

Atkinson believes Cork need to tighten up if they are to come out on top on Sunday: “From the League Final they need to tighten up. Kilkenny have such pacey forwards; they really go for the jugular anytime they are inside the centre forward line and full-forward line always go and get those key goals when time is crucial. Cork really need to focus on being tighter at the back.”

The Oulart The Ballagh player looked back on last year’s final and where it all went wrong for Cork. He said: “Looking to last year’s All-Ireland Final I thought Cork really didn’t stand out; maybe their first and second half performance wasn’t as good as Cork would’ve been. Kilkenny were a young team; they still are a young team and Cork are more experienced.”

For Atkinson, who won three All-Ireland Senior titles with Wexford, key positions on Sunday will determine the winners: “Key positions like midfield is going to tell tales a lot. Kilkenny will try and open Cork up. I suppose Cork and Kilkenny are quite similar in the way they play.”

Keane stars in Kilkenny win as Galway come up short