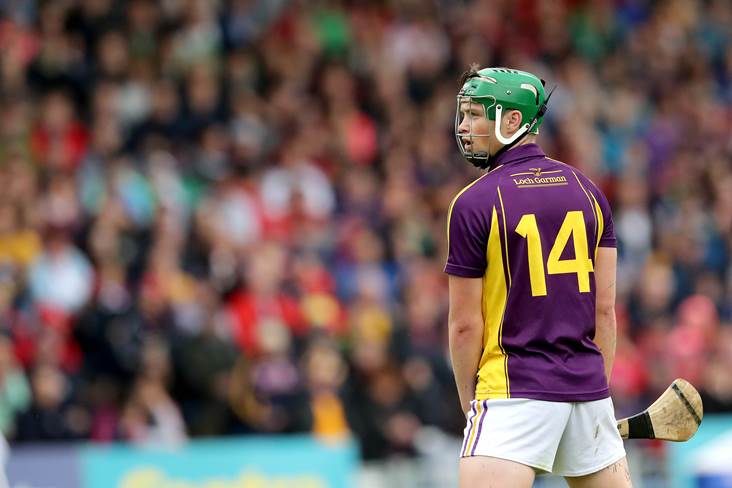 Wexford are the only county in Ireland with a 100 percent winning record in the league – in both codes. Yes, no other county can boost a perfect record in hurling and football are the men from the south-east are really having a spring to remember.
With new, outside managers in both codes, the Yellow-bellies are in the midst of exciting times – even if both the hurlers and footballers are playing in lower divisions than they would have liked. That said, you can only beat what’s put in front of you and they have done just that so far this campaign.
Wexford’s hurlers have garnered a lot of column inches all year with former Clare and Waterford manager Davy Fitzgerald at the helm. While Davy can be a divisive figure, early wins over Limerick and Galway means the former All-Ireland winner is a universally popular man Slaney-side. With promotion secured with a round to spare, Wexford can concentrate on having a run through the knock-out stages of the league as they test themselves against better opposition.

How they fare against whoever comes fourth in Division 1A will be a good indicator of where the side is at heading into the summer.
While the hurlers as grabbing headlines, the footballers are quietly going about their business at the top of Division 4 of the NFL. They have five wins from five and have guaranteed promotion to Division 3 as well as a spot on the final of the bottom tier, almost certainly against Westmeath. Interestingly, they have only scored two goals in the league so far so they will want to change that ahead of the championship. With a points difference of +16, they are only winning by an average of three points a game so they are not blowing teams out of the water.

This may be a concern when they take a step up and face better teams in the summer. Likewise with the hurlers, it is hard to gauge exactly where they are when they are playing weaker opposition.
Wexford in all likelihood have a Leinster hurling semi-final with Kilkenny. While their winning form deserves credit, how has the spring helped them prepare for a clash with the Cats?
How can they turn spring winning into summer form? This is the key point when assessing Wexford’s chances in either Leinster Championship.

While both codes have seen vast improvement, neither side are All-Ireland contenders (yet, anyway).
A decent qualifier run for the footballers and a place in a hurling quarter-final would be a great year for Wexford.
However, to get through the qualifiers, in both codes, they will have to bounce back after a defeat. Given the teams record to date, we don’t know how they would react to such a set-back.
Wexford have proven that they are the best at the level they are playing at – now it’s time to see if they can make the step up.

Who’s the best hurler in the country right now?