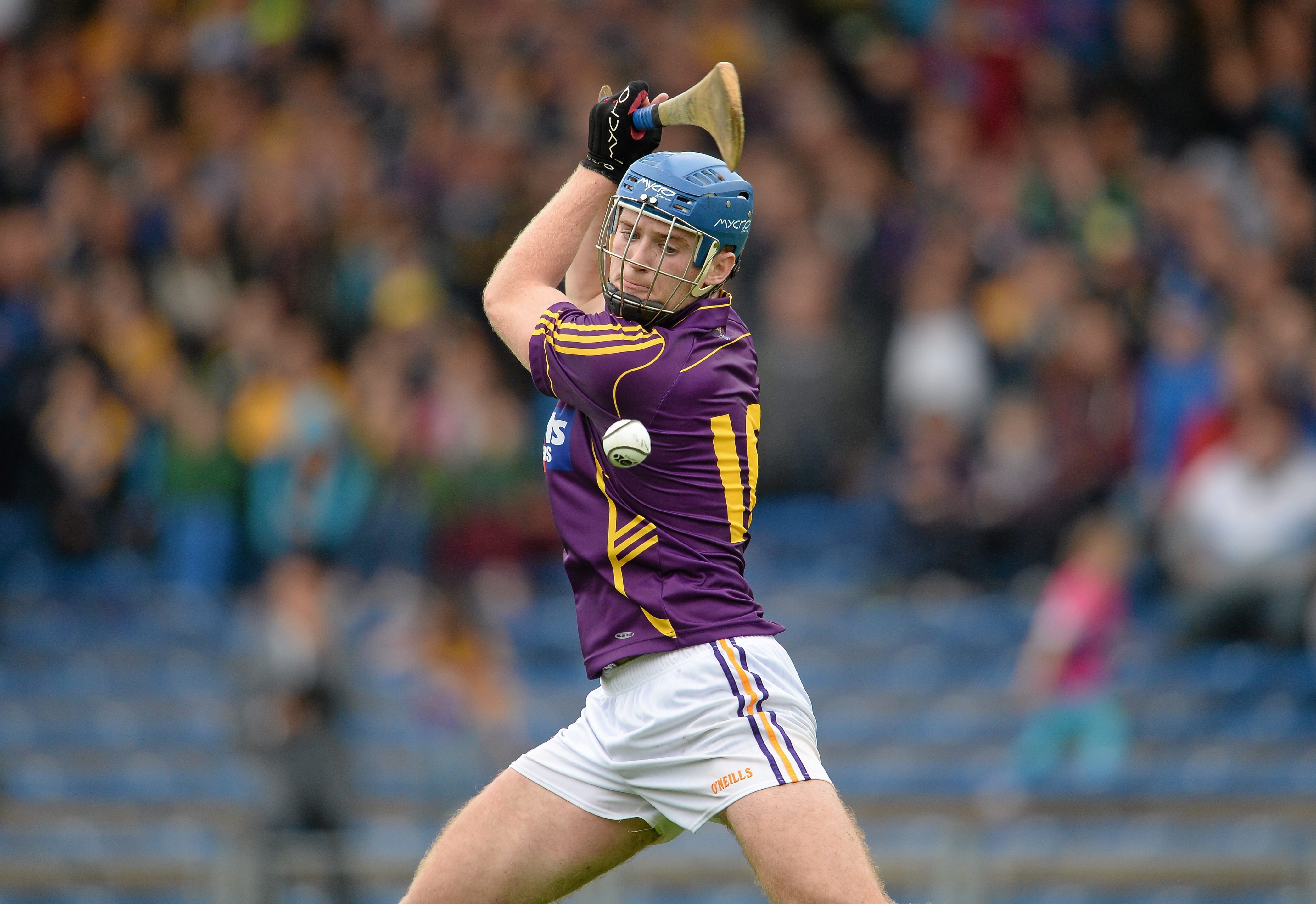 Well it had to happen. Wexford and Kilkenny have had one eye on their probable Leinster championship semi-final in June ever since the All-Ireland hurling draw was made last October. Both counties have been rebuilding gradually over the winter. Preparations were coming along nicely, they were winning some games, the only thing that they didn’t want was a pesky league quarter final to get in the way of their preparation…oh, dammit!

It’s been an interesting competition so far. The most peculiar thing about it has been that some of the most noteworthy games have taken place in the second tier. While there is a massive disparity between some of the teams at this level, with Offaly Kerry and Laois now lagging far behind, there are definitely 3 teams in the division who will see themselves as championship contenders.

As regards how those sides are feeling at this moment in time well, Galway, for one, will be bitterly disappointed not to have won promotion to the top division. While this may be only a temporary position, should the GAA decide to change the structure of the competition to an 8 team top tier, they would have backed themselves to have got out of 1B and pretty much threw the opportunity away in their home game against Wexford. Limerick too will feel that another season in the lower tier will further stunt their development. They have not now appeared at the highest level for 7 seasons. And then we have Wexford, who have been the story of the competition to date.

Of the 4 quarter-finals only Offaly Tipperary seems a foregone conclusion. The midlands side restored some pride in their last outing against Kerry, but they’re still way behind the best team in the land on form. It also calls into question the format of the competition somewhat, when the 10th best team in the country (at best) should be given a shot at a quarter final over the easily superior Clare or Dublin.

Given the fact they were both All-Ireland semi-finalists last August, Galway will definitely fancy their chances of upsetting Waterford in Pearse Stadium. Likewise Cork and Limerick has the appearance of a 50/50 clash. Arguably though, the most interesting match-up sees Kilkenny and Wexford pit themselves against each other in Nowlan Park. After an opening day defeat to Waterford, and a disastrous surrender second time out against Clare, there was talk of Cody’s side being in crisis. Given the existing talent in the squad and the indomitable spirit in the camp, that was always likely to be a temporary scenario, and the performances in the remaining three matches have been much more encouraging.

Sunday’s victory over Dublin was particularly significant for the performance of newcomer Conor Martin, who shot an amazing 1-5, while Liam Blanchfield, with 1-2, also made a noteworthy impression. If either of these 2 youngsters can take some of the scoring burden off TJ Reid and Richie Hogan come summer time, then their recruitment, along with the likes of Paddy Deegan, Jason Cleere and Conor O’Shea, will prove the cats have had a successful spring.

All things being equal, and given recent form as a guideline, there is no major difference between the levels of Wexford and Kilkenny. The Slaneysiders have had a brilliant season to date, and while they’re certainly behind their neighbours in terms of experience and star power, they’re bridging the gap at a rapid rate. When they faced off in the Walsh Cup final in January, only a point separated the teams. The likes of Matthew O’Hanlon, Conor McDonald and Lee Chin would easily make it into the Cats starting line-up. The return of the mercurial Jack Guiney is also a massive boon.

Then again, the strength of Wexford in the league quarter final all depends on which side turns up. No one is more acutely aware of the psychological effect in hurling than Davy Fitzgerald. He almost willingly creates a siege mentality of us against them, whoever them (the media, other counties fans, his own fans…) may be. The anticipation has been building massively down south all spring, but it would be much more preferable for him to enter into a potential championship fixture in June with his team written off. But given the way Wexford have performed so far, and considering they would have home advantage if the June tie occurs, this is not now going to happen.

Davy deserves enormous credit for restoring belief into Wexford hurling in the space of 3 months. But now that he’s facing a probable championship rival, will his in-built paranoia kick in? Is it possible he will name a dummy team in order to throw Brian Cody off the scent and lead the Kilkenny public into a false sense of security before the championship? Obviously, Cody is far too long in the tooth to fall for a stunt like that. Then again, understrength teams and occasional half-hearted performances in the league are not uncommon for Davy and his old mentor Ger Loughnane.

The flip side of the coin though is the fact that beating Kilkenny in the league, particularly in Nowlan Park, would lay down a serious marker for the county come summer time. Getting promoted to the top tier is all well and good, and no matter what happens from now on Wexford have had a successful league campaign, but wouldn’t it be great to really show the public they are back as a serious hurling force, by coming away from the lion’s den with a victory?

The other thing that has to be factored into the equation is how Wexford’s form excellent form will affect them come summer time. Everything they have done this year until now, particularly their spectacular comeback in their second win of the season away against Galway, has been first rate.  Then again, Davy had a similar situation last year with Clare. The team were absolutely flying in Spring, hammering Kilkenny indeed in the league semi-final. But then by the time the championship came around, they had seemingly burnt themselves out.

There seems to be a perception out there that Davy needs time to re-build Wexford, and it was true his All-Ireland success with Clare came in the second season, but given the momentum they are carrying now, perhaps their best chance of success might be in his first year. As player and manager, Davy has never beaten Cody in the championship in 7 meetings, and while he was successful in the pair’s last league encounter last April, he would love nothing more than to turn the tables on his old nemesis in the summer-time at Wexford Park.

So what kind of game we have next Sunday depends on which version of Wexford decides to show up. With a presumably large attendance, it could be a rip-roaring precursor to an eagerly awaited championship clash (provided the likes of Laois or Westmeath don’t upset the apple cart). Or it could be another harmless bout of shadow boxing. With Kilkenny and Cody, you can usually be certain of a performance. With Davy Fitzgerald, the only certainty is uncertainty.

Are Kilkenny in crisis or is it early days?