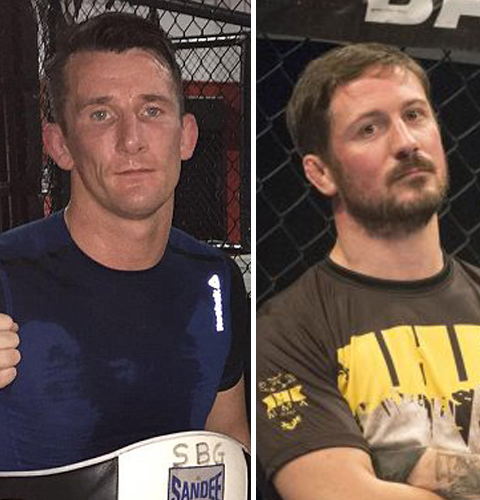 Conor McGregors coaches simply fucked up and cost Conor McGregor in our eyes, Floyd Mayweather was there for the taking!

Sport is a drug and when you get hooked you’re hooked for life. Anyone that says they wouldn’t watch another sport for such a such reason doesn’t have the drug their just having a fleeting romance and anybody that says they werent a little intrigued before last weekends Las Vegas Rumble is a flat out liar. At Sportstalk.ie we cover GAA sports because we love it and are passionate about our heritage and culture. We watch all sports and with a bit more water in the well will begin branching out into those territories.

Last weekend in the early hours of Sunday morning, peak time in Ireland a young Irishman gave The Gardai a perfect excuse to ignore the nationwide lock-ins as the legend that is Conor McGregor took on Floyd Mayweather in the most anticipated matchup since Ali and Foreman stand to be corrected here.

Ah it’s easy to say it now of course in hindsight why didn’t McGregor take it easier in the first couple of round’s? It happens all the time in GAA, a lad is playing well, taken off and the whole thing goes to muck, beaten by a point and the question is asked to the coaches “WHAT THE FUCK WERE YOU THINKING, LADS?”. How the coaches of Conor McGregor haven’t come in for a bit of stick since the event is almost as wacky as the boxing judges scorecards after the fight.

People that didn’t really care about Conor or the event woke up at roughly 10am flicked on the youtube highlights or read the reports and came to swift conclusion, “Sure he was never going to win anyway”. The boxing experts bias towards Conor not only in the build up coverage (“Conor McGregor won’t land a punch“) but live during the fight when Conor was blatantly winning 4 zip to the best boxer in the world in 8oz gloves was embarrassing and for Irish viewers showed the true colours of Sky Sports.

Go way lads, you’re nothing only a bogball site, we expect your responses. While that’s true, we are not idiots to sporting strategy and we absolutely adore Conor McGregor and his team. The fact that an Irish man convinced over a billion people to watch the fight is amazing beyond comprehension, fills us with pride, but also protection for the young man. This is why we are holding his coaches to task much like you would a GAA coach after a defeat because we are competitive sports people that want to win and you can’t let last weekend go without blaming someone.

1. Did you not watch the Ricky Hatton vs Floyd fight and if so why did you go with the same doomed strategy?

In 2007, Ricky “The Hitman” Hatton was certain he was going to knock out Floyd Mayweather and while the early rounds seen Hatton achieve some success with relentless pressure, by round 3 the bubble had burst and Mayweather took over. Conor did win the first 4 rounds and we would place a strong argument he won 6 of 6 but much like Hatton, he was goosed with exhaustion and Mayweather hunted him down finally stopping him in round 10 , exactly like in the Hatton fight but without the two brutal knockdowns. Mayweather was quoted afterwards “I know now why they call him the hitman”

It’s so frustrating for us that Conor wasn’t giving a better strategy, smoke Floyd out a little in the opening rounds, make a mockery of him not punching by goading him to come on the offensive. It’s not as if Conor hadn’t the skills he was the better boxer by miles and even when Floyd was on top,  Conor was dodging bombs like a pro. Floyd said in the final number of press conferences that he guaranteed it wouldn’t go the distance, Conor’s team should have picked up on this and called his bluff. Listening to Conor’s interviews afterwards it seem that he had no plan B and Mayweather’s turn to Mexican caught him totally by surprise which to us seems as if blame must lay on his corner men. Judging by the skulduggery that was at play from the judges it wouldn’t have changed the outcome of the fight but it would have 100% went the distance and proved fatal to Mayweather’s prediction.

2.Why didn’t you guys tell him to stop going for the back?

Conor kept going to the back even in the 9th or 10th when he had Floyd hurt with a perfectly legit body punch. Floyd was low but Conor should have just stood in front and let the punches fly. Instead the referee bizzarly reset the two in the middle of the ring and Conor had lost all momentum not for the first time. This is a typical tell his corner men weren’t sharp enough as this should have been addressed and nipped at the bud in sparring or even after round 2. It’s the harsh truth but if they were more concentrated on coaching Conor rather than taking snapchats and video blogs they could have pulled off one of the greatest wins in sports history, although it would be hard top Tom Brady’s comeback in last years Superbowl.

3. Why did you choose Paulie Maggiethatcher or whatever his name is?

Big mistake bringing in this guy to spar against and settle a score. The mystic mac should have smelt a rat right from the get go with the big rat head on him. No doubt he had a direct line to Floyd and one of the reasons Mayweather was so smug in the build up to the fight. Floyd changed style three times in the fight and fought Mexican for the first time. I wonder where he got that idea from?. A simple but fatal mistake and something we expect McGregor to regret but learn from. The only hope is he got a right few slaps at him as he is forever an Irish enemy now.

Conor McGregor did himself and the country he represents extremely proud and showed dignity in defeat the way a true sportsperson should, something we can all learn from especially in underage GAA.

His coaches mantra is “Win or Learn” so come on lads learn and get the young man back to winning ways quickly, enough of the bolloxing!

Blast From The Past – Willie Hyland Interview from 2011

Banner Edge out Premier in thriller in Ennis