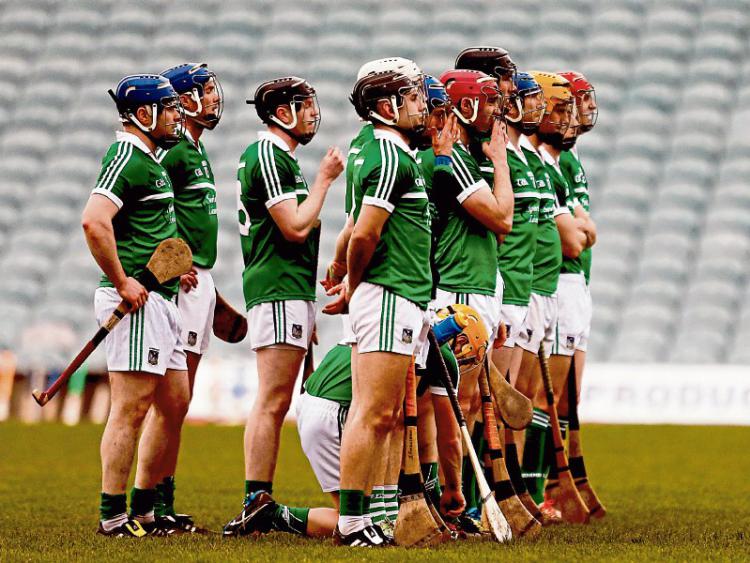 Picture the scene. August 10 2014. It’s pissing down rain in Croke Park, and while that’s happening, there’s a battle royale occurring on the field of play between Limerick and Kilkenny. The Munster men haven’t beaten their rivals in the championship since a similar downpour occurred in 1973, but entering the last 15 minutes of the game, they’re 2 points up and staring down the barrel of victory.

This is the moment for Limerick. The moment when they can cast aside the shackles of forty-one years. Shane Dowling is leading the way in attack, Seamus Hickey is having the game of his life in defence, everything seems set up in favour of the treaty men to get a victory.

With the tide turning against his side, Brian Cody, realizes he has to do something drastic in order to change the course of the game. So, from his pack of cards on the sideline, he calls on the joker, Richie Power, to come on to the field of play. The Carrickshock man has barely played all summer, but drawing on his vast reservoirs of experience, he somehow conjures a goal, changes the course of the game, and rather than lose narrowly, Kilkenny, as is their wont, squeak through to an All-Ireland final which they end up winning.  On the other hand, Limerick’s chance of an All-Ireland championship for the first time in 2 generations is lost.

Limerick are a proud hurling county. Anyone with any knowledge of the history of the game will be aware that, for aeons, Christy Ring was held up as the standard bearer of hurling. But while Ring was the hero of the 40’s and 50’s, his predecessor in the 30’s was none other than Limerick’s Mick Mackey. And it wasn’t just Mackey, but Jackie Power, Timmy Ryan and Mackey’s own brother John who led the way as the side secured 3 All-Irelands in a seven-year period from 1934 to 1940.

The heroics of Mackey and co is one of the reasons why when you look at the All-Ireland roll call of honours Limerick are fourth in the list with 7 titles. What those bare statistics don’t show though, is that the county won 6 All-Irelands in the first 55 years of the association, and have secured a mere 1 in the 80 or so years since.

After that victory in 1940 Limerick supporters would have been forgiven for thinking their side would always be there or thereabouts in All-Ireland contention. But after such a glorious decade, they endured a massive famine that was only ended in 1973 with a famous victory over Kilkenny. As the team and its followers celebrated on the pitch that day, they would be forgiven for thinking a monkey had been thrown off their back. They would surely never again have to wait another 33 years for another All-Ireland? Well the wait stands at 44 years now, and it shows no sign of abating.

Of course, in that time the county have had plenty of opportunities to re-write history. They’ve suffered 5 final defeats, including two particularly galling ones in the 90’s. How the likes of Gary Kirby, Ciaran Carey et al let the lead slip in the “5 minute final” of 1994 will forever be a cause of regret on the banks of the Shannon. But from a position where they looked dead and buried, Offaly’s Johnny Dooley planted a free and the rest is painful history. They similarly missed a massive opportunity when playing against 14 Wexford man for all the second half of the 96 final. You could argue that the county had a great chance of winning the All-Ireland in 2007 which was their last appearance in a final. At that time though, they were facing a Kilkenny side at the peak of their powers that, essentially, put the game to bed within the opening ten minutes. In 2014 that wasn’t the case. Limerick were well capable, and perhaps should have won that game. If they had succeeded in doing so, they would not have feared Tipperary in the final. But the fact that they didn’t….

Kilkenny won, and the road maps of the respective teams have diverged with it. Well, not exactly, for Kilkenny have declined somewhat as well, but the spirit and resilience in the camp is so high, that any dip is measured rather than drastic. With Limerick, on the other hand, the fall has been steep. In the interim since 2014, three sub-par leagues and two inept championship campaigns have occurred. Looking ahead to this year, there are at least 5 or 6 counties with reasonable designs on an All-Ireland but, sitting at best ninth or maybe eighth in the pecking order, Limerick are not one of them.

What made the 2014 defeat even more hurtful is that there was no doubt Limerick were on an upward curve at the time. Under the guidance of John Allen, the county had won their first Munster title in 17 years in 2013, and though they had massively underperformed in that year’s All-Ireland semi-final against Clare, there must have been hope that after 2 consecutive last 4 appearances they were heading in the right direction. Can they say that now though?

TJ Ryan was an able servant and had a fantastic start to his management career, but as was the case with Richie Bennis post 2007, initial promise petered out in following seasons. It was inevitable he was going to be replaced last autumn after the championship exit against Clare. His successor, John Kiely, has a good pedigree, having guided the county to All-Ireland under 21 success in 2015, but there’s no doubt his challenge is an uphill one.

Limerick, and Kiely, are well aware of how difficult it can be to translate underage success into senior level. While an All-Ireland at under 21 level a couple of years ago indicates a level of promise, the county had 3 wins at the grade in the early 00’s, and yet none of those players won so much as a Munster title. The county reached the All-Ireland minor final last year under the tutelage of Anthony Daly, as they also did in 2014, so there’s no question there are hurlers in the county, but as to whether there is a drive and belief there that they can translate that into senior level remains to be seen.

When taking into account Limerick’s massive All-Ireland drought, it needs to be said there are extenuating factors as to why the county have failed for so long. Since the dawn of professionalism, rugby has entered a boom period in this country that shows no signs of ending. You could say this is a trend across the whole country but Limerick, along with certain areas of South Dublin, is unquestionably one of the biggest areas for the sport in Ireland. With Munster playing their home games in Thomond Park, and the county having international icons such as Paul O’Connell in their ranks, the feats of the county’s hurlers are always going to pale somewhat in comparison.

Allied to that, throughout the 00’s, the county went through a period where their Gaelic football team was arguably the second best in Munster and should have captured at least one provincial title. This made a change from the times when hurling seemed exclusively the number one Gaelic game. The city’s soccer team, Limerick FC, is currently playing in the top division of the League of Ireland and attracts a healthy fanbase. Even given all that though, the fact that a county with such a population and hurling history can go nearly half a century without an All-Ireland is simply unacceptable.

The recent league wasn’t the best indicator that things are improving. Losing to Galway and Wexford in the group stages wasn’t necessarily unexpected, but for a side who haven’t played in the top tier of the league in 7 years, their continual absence will disappoint them. Beating Cork in the quarter-final was a positive, but in the semi-final they lost heavily to an admittedly impressive Galway side so by that metric, you’d have to conclude the side is long way off contesting for the top honours. Recently Limerick managed another victory against Cork in a pre-season challenge. While a 2 point victory was encouraging, there’s no mistaking the fact Cork are no longer the barometer by which All-Ireland contenders measure themselves against. A Munster semi-final against Clare offers the team a better chance to prove their worth, although even if they came through that they would still be massive underdogs against whoever they faced in the final. At this moment in time, Limerick are, at best, probably the 4th best team in Munster. And when you consider there’s 4 viable contenders in Leinster now, even their sponsor JP McManus would be reluctant to take a punt on them to glean overall success.

It’s a sad situation for a county with such a natural affection and proud history in the game. The outpouring of support on the field after they won the Munster title in 2013 clearly demonstrated the massive hunger for success in the county. As to whether the county board, which has been much criticized in the past, particularly with their “20 Questions” debacle for manager Tom Ryan in the wake of the 1996 All-Ireland final defeat, has the hunger to get the team back to that level is another thing.

In 2009 Henry Martin brought out a book chronicling the travails of the county hurling team. The title “Unlimited Heartbreak” was an accurate depiction of the pain the team had suffered over the past 37 years. Well they’re looking at 44 years now, and unless the minors and under 21’s of the last few years can regenerate the side it could well stretch to 50. Let’s hope for their sake it doesn’t happen and someday soon, the ghosts of Richie Power and Johnny Dooley are finally laid to rest.

Wexford to make light work of Laois as the Davy Show...