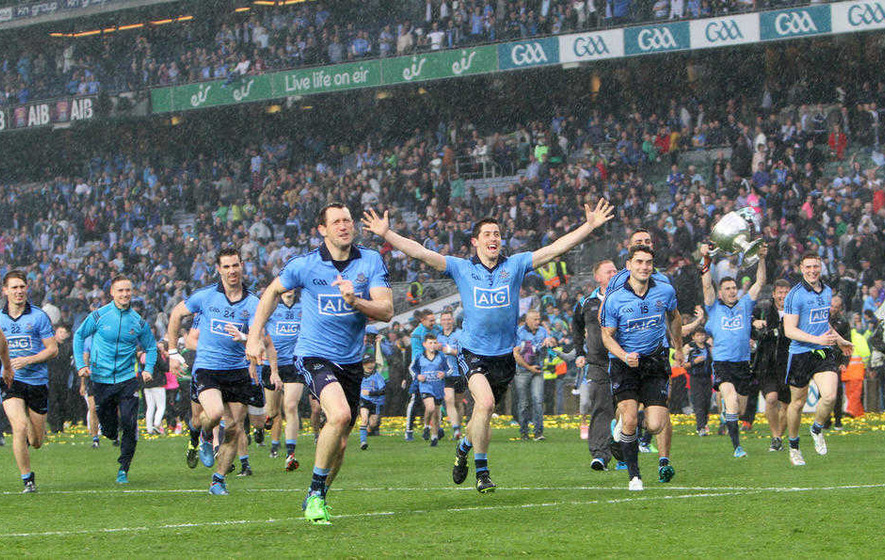 “When you come at the king, you best not miss”.

This immortal line is from the excellent HBO show ‘The Wire’. Omar Little, a fictional low-life drug racketeer, uses this chilling phrase as he dishes out revenge for his murdered friends against the ruthless Barksdale gang. On Sunday in Croke Park there may not have been life and death at stake but Omar’s sentiment rings through.

Kerry had the opportunity to end Dublin’s drive for successive titles but ultimately were unable find to deliver a killer blow and have suffered the consequences.

Failing to beat Dublin may have signaled the end of the line for some of the great servants to Kerry football over the last decade. Aidan O Mahony, Kieran Donaghy and Marc O Sé may all now call time on their illustrious careers. If only they could have held on in the second half and this spate of retirements could have ended on a much jubilant note.

Another defeat to Dublin has also called into question if Eamonn Fitzmaurice is the ideal candidate to lead Kerry into another championship campaign. A loss can be a gut wrenching experience, especially so when much of what Kerry set out to achieve worked well for long periods of the game. They pressurised the Dublin full-back line with an aerial bombardment allowing Paul Geaney to plunder 1-4 from play. Their kamikaze style approach to Cluxton’s kick out’s produced a green flag and they prevented Dublin scoring their characteristic goals. Nevertheless they could not secure the desired result despite their best efforts.

At half time with a 5 point deficit Dublin were facing down the barrel of a loaded gun. The Kingdom had plundered two first half goals and had their finger on the trigger. The half-time whistle was the lifeline Dublin were gasping for.

A thunderous second half display secured Dublin another win over the aristocrats of Gaelic Football. The result was a damning blow to the proud tradition of Kerry football and felt like the definite passing of the guard over to Dublin as the premier football team in the land.

History may well judge this incarnation of ‘The Boys in Blue’ as one of the greatest ever teams but Kerry supporters will get scant consolation from that debate. The Kingdom produced a game-plan to try to specifically counter the Dublin threat, but how do you beat a team that has no frailties?

The perceived wisdom all year was that the Dublin full-back line was their most vulnerable division. Kerry managed to gain some success from their full-forward line but when you are losing battles further out the field it can be hard to target Dublin’s last line of defence.

The greatest strength of this current Dublin team is their versatility. Against a blanket defence their pace and running power punctures holes through the defensive system. Any outfit that tries the traditional 15v15 would simply be massacred by the lethal Dublin forwards. If an attempt to make it a scrappy, physical contest is employed it would be quashed by Dublin’s robust tackling and intensity.

A powerful and athletic half-back line, ball-winning midfielders and a plethora of scoring forwards both starting and on the bench sum up to make Dublin a clinical and efficient weapon of mass destruction.

Kerry had the temerity to challenge the Dubs by blitzing them in the first half. Unfortunately Dublin reeled them back in and quashed any attempted rebellion on their crown. In ‘The Wire’ Omar gained a bloody revenge for his stricken compatriots and his reign as king of the Baltimore underworld was undisturbed once again.

“Malt vinegar baths while watching a DVD after every training session”...