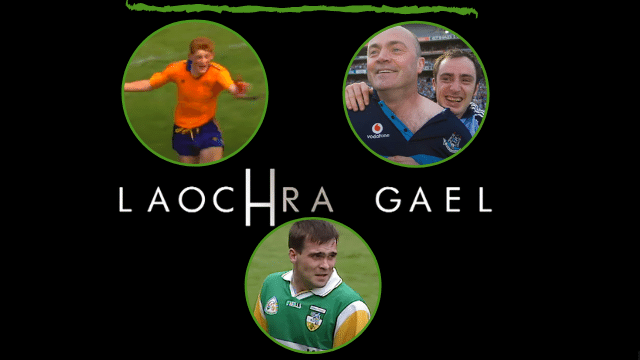 Fado fado in Eireann, before he ever became our long serving president, Michael D Higgins just happened to have the portfolio of  Minister for Arts, culture and the Gaeltacht in the Rainbow coalition of the mid nineties. It was a time of political upheaval in the country, with governments rarely lasting longer than 2 or 3 years, but even though Higgins’ tenure was brief he did manage to help inaugurate a third national television station during his tenure, and a much mooted Irish language one at that. Now Michael D has done the state some service over the intervening 25 years, but it’s doubtful he’s ever made a more important contribution to Irish society than that one.

It’s been a long year for everyone. Just over 12 months ago , the idea of having a global pandemic that would lead to the untimely deaths of almost 3 million people and decimate society seemed far fetched. There was no such thing as “social distancing” then or “mask mandates” or, most egregiously of all, “wet and dry pubs”.

We lived in a different time then. A time when you could just rock up to your local GAA pitch and watch a game of hurling or football. Jeez, can you imagine the innocence of it? But ever since our world changed a year ago, from a GAA perspective at least, we’ve been feeding on scraps. Sure, there were plenty of classic match reruns during the first lockdown. Then, once the action resumed behind closed doors in June of last year, we had near enough six months of uninterrupted action. But it’s been nearly 3 months now without so much as a Junior B challenge game and as can be seen on the streets of Cork and Dublin and everywhere else, the natives are beginning to get restless.

Now, obviously, it would be remiss to point to the absence of GAA or other sporting action as the reason why the country is in a state of distress. There are an inordinate number of other factors involved: lack of employment, deprived social interaction, rural isolation and plain disinformation but the fact that people have not been able to exercise freely in the last while has certainly had some impact. We’ve not been able to play any sports and, from a GAA perspective, we haven’t been able to watch anything either. Indeed, pretty much the only GAA outlet any of us have had in the past few weeks is the most recent series of Laochra Gael on TG4. And aren’t we grateful for that?

Ireland has a complicated relationship with its national language. For many, the idea of our native tongue brings up torturous memories of tackling Peig Sayers’ autobiography in school or trying to scrape enough points from the subject to pass the leaving. But even though TG4 have always made sure to include a substantial amount of Gaeilge in each episode, there’s always been subtitles and there’s rarely been any problem comprehending any of the vocab involved.

Now in it’s twentieth year, it’s tempting to say that Laochra Gael is better than ever. One of the great benefits of the series is the exceptional characters and unusual stories it reveals. So whether it be Shane Curran netting a most controversial penalty in the 1989 Connacht minor final or Dermot Earley coping with his cancer diagnosis and loss of his father, or Kevin Cassidy dealing with being dropped off the 2012 All-Ireland winning Donegal team for writing a book, there was always a compelling storyline to keep you hooked.

Since 2018, the length of the shows were increased from a half hour to an hour, and this  has been a most welcome development. In the past the 30 minute programme always felt like a teaser, a mere trailer for what could be revealed. Now, with the instalments in their longer form, there’s more time to flesh out each person’s story, and the episodes are all the better for it. In particular, the Johnny Pilkington episode on February 4th drew numerous plaudits. Now whoever read the wonderful Denis Walsh book “The Revolution Years” will be familiar with a lot of the stories from that show, but it was still astonishing in revealing a completely different era in Irish sport. Someone could smoke 30 cigarettes a day, drink pints the night before a big game, and still win two senior All-Ireland hurling titles? Well, I guess it could still happen today, but good luck finding a manager who would accept it.

It also needs to be said, for those living abroad or those who did not manage to catch the live transmission, that the TG4 player service is excellent and puts many other stations player service to shame. And yes, I’m looking at RTE specifically when I say that.

After the initial run of 6 episodes in January, we have the likes of Liam Griffin, Bernard Flynn and Sean Cavanagh to look forward to in the coming weeks with Eoin Larkin first up next Thursday the 25th of March. And considering the way things are going, we might have to ask the station to stump up another series post haste in order to have anything at all to look at during the summer months.

Now I know it’s not the real thing. I know none of it brings back full stadiums, roaring crowds and 30 men or women battling it out to death on the field. We all can’t wait to get back to watching live action over the next few months. But thanks TG4 for at least making our lives slightly more bearable in the interim.